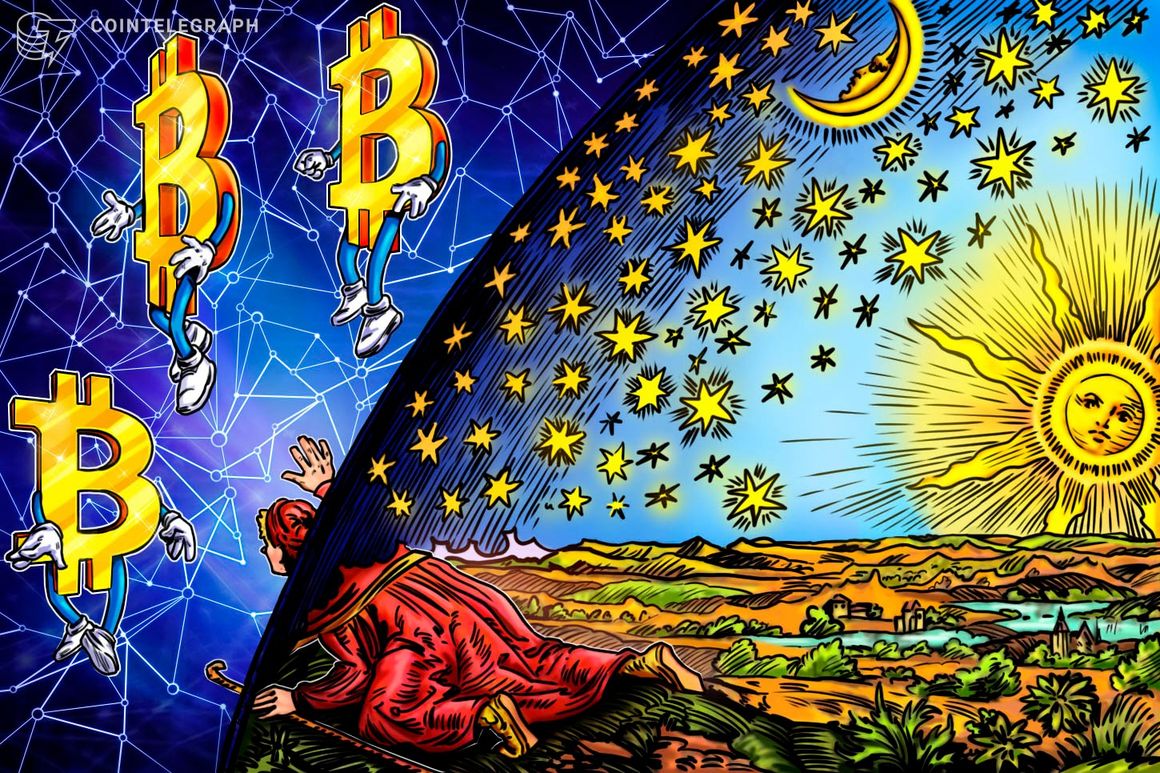 U.S. President Joe Biden’s Executive Order on Digital Assets launched an interagency mission to support financial innovation while protecting American consumers and interests. While many industry leaders hail the constructive tone, some critics are hoping for a crackdown. We don’t blame them.

Many cryptocurrency projects operate behind thin veils of decentralization. In public, they are sold on the premise that they distribute power. Behind the curtains, leaders are pulling the strings. In the recent case of Wonderland, a serial con artist and criminal ran a $1 billion hoard.

Many projects secretly pay influencers to sell their tokens. The price pumps. Insider dump. Naive investors lose money. Sometimes the shillers are celebrities. And, sometimes, these celebrities disclose the surprisingly low cost of their integrity.

Related: Year of sponsorships: celebrities who embraced crypto in 2021

Hundreds of projects suffer from technical vulnerabilities. Apparently every week hackers exploit hidden software bugs. The third largest ever was in early February, with $326 million – missing. And then at the end of March, another $600 million – poof.

Many cryptocurrencies are blatant scams – some proudly shaped like a pyramid. Market participants treat them as facts of life, with terms often used for exit scams (“rug pulls”) and pyramid schemes (“Ponzis”).

For the most part, cryptocurrencies look the same, like tomatoes stuck in aisle 9 – just tasteless, useless, and outnumbered. Cynics see the cryptocurrency menu as a proxy list of most wanted. Neither group is entirely wrong.

Yet one menu item stands out. It is arguably one of the most significant technological advancements since the Internet itself. Buy it or not, who cares. But we, the three professors, want to bring a simple message: Bitcoin (BTC) is special. This deserves study and discussion.

Bitcoin is truly decentralized. Tens of thousands of nodes are operating all over the world. Operating a node is simple; you can do it in less than an hour with an internet-connected computer and a few hundred gigabytes of storage. In 2017, these nodes vetoed a controversial Bitcoin change that would have furthered network centralization by making it harder for ordinary people to run a node. In doing so, they have outstripped the majority of Bitcoin miners, exchanges, and other powerful legacy players.

Bitcoin’s decentralization makes it fair. No foundation is branded or governs its monetary policy. This contrasts not only with more centralized cryptocurrencies, but with the Federal Reserve itself. In the past year, three Federal Reserve officials have resigned after a series of, well-timed trades. Bitcoin has never seen officials resign in disgrace – it has no such officials. The network automates these tasks.

Bitcoin’s decentralization also makes it secure. Most of the money is digital and sits under the thumb of third parties like banks and payment processors. But innocent Russian and Canadian citizens remind us that third parties can freeze and seize these balances, especially when under state pressure. The use of third parties compromises the funds. Bitcoin participants can hold their own private keys and thus save and send value without a third party. Bitcoin is in a different league from other cryptocurrencies. In the digital age, Bitcoin’s unrivaled level of decentralization actually the refuge from state and corporate excesses.

Related: The significant shift from Bitcoin maximalism to Bitcoin realism

And unlike most other cryptocurrencies, Bitcoin has never had a private token sale to venture capitalists or an initial coin offering to enrich insiders. Bitcoin is the most widely distributed digital asset. In an important sense, it has no insiders – only early adopters.

The leading early adopter, Satoshi Nakamoto, has mined around one million Bitcoin (5% of max supply). Satoshi’s holdings are fully visible and Satoshi has never spent a penny. With most other cryptocurrencies, the wealthy get richer, sometimes in hidden ways, and have more say in the network. This is not the case with Bitcoin.

While some projects move fast and break things, Bitcoin moves slowly but surely. Bugs are rare. Admittedly, this conservative approach has trade-offs. Updates are as rare as bugs. And Bitcoin lacks the flexibility of other platforms. But in exchange, countries and companies feel safe with Bitcoin on their balance sheets.

You may have heard of hacks and stolen Bitcoins. These cases do not involve weaknesses in Bitcoin itself. Rather, they illustrate the pitfalls of insecure key storage or reliance on third-party custodians.

Related: Satoshi may have needed an alias, but can the same be said?

Finally, Bitcoin is not a scam. It can certainly be used for scams – much like the US dollar or other digital assets. But the Bitcoin network offers the final settlement of its native asset, just like the Federal Reserve system offers the final settlement of the US dollar. People speculate a lot on the Bitcoin price. This is the path for the early stages of innovation. And people around the world need it, even as privileged Westerners speculate.

The design of Bitcoin involves trade-offs, of course. Its public registry makes privacy difficult, but not impossible. He needs energy for his safety. And its fixed supply breeds price volatility. But for all that, Bitcoin has become something remarkable: a neutral monetary system beyond the control of autocrats. Ideologues will recoil as they search for that perfect – but perfectly elusive – monetary system. Wise and pragmatic policy makers, on the other hand, will instead seek to use Bitcoin to improve the world.

First, we should not assume that cryptocurrencies share more in common than they actually do. Bitcoin Leads Them All Precisely Because No One Leads this. Policy here needs to start from a place of understanding – not cryptocurrency in general, but Bitcoin in particular. As President Biden’s executive order indicates, digital assets are here to stay. The general category is going nowhere precisely because Bitcoin, itself, is going nowhere. We owe it special attention. Not just Bitcoin, but Bitcoin first.

Second, Bitcoin is credibly neutral since the network remains leaderless. Therefore, the United States can use and support Bitcoin without “picking winners and losers”. Bitcoin has, in fact, already won as a globally neutral currency network. Maintaining the Bitcoin network, using Bitcoin as a reserve asset, or making payments through Bitcoin would be analogous to deploying gold in the monetary system – digital only, more portable, more divisible, and easier to audit and verify.

This article was co-authored by Andrew M. Bailey, Bradley Rettler and Craig Warmke.

This article does not contain investment advice or recommendations. Every investment and trading move involves risk, and readers should conduct their own research when making a decision.

The views, thoughts and opinions expressed herein are those of the authors alone and do not necessarily reflect or represent the views and opinions of Cointelegraph.

Andrew M. Bailey, Bradley Rettler and Craig Warmke are fellows at the Bitcoin Policy Institute and the Resistance Money Bitcoin research collective and teach at Yale-NUS College, the University of Wyoming, and Northern Illinois University, respectively. Warmke is also a writer for Atomic.Finance.

The importance of index funds in your portfolio