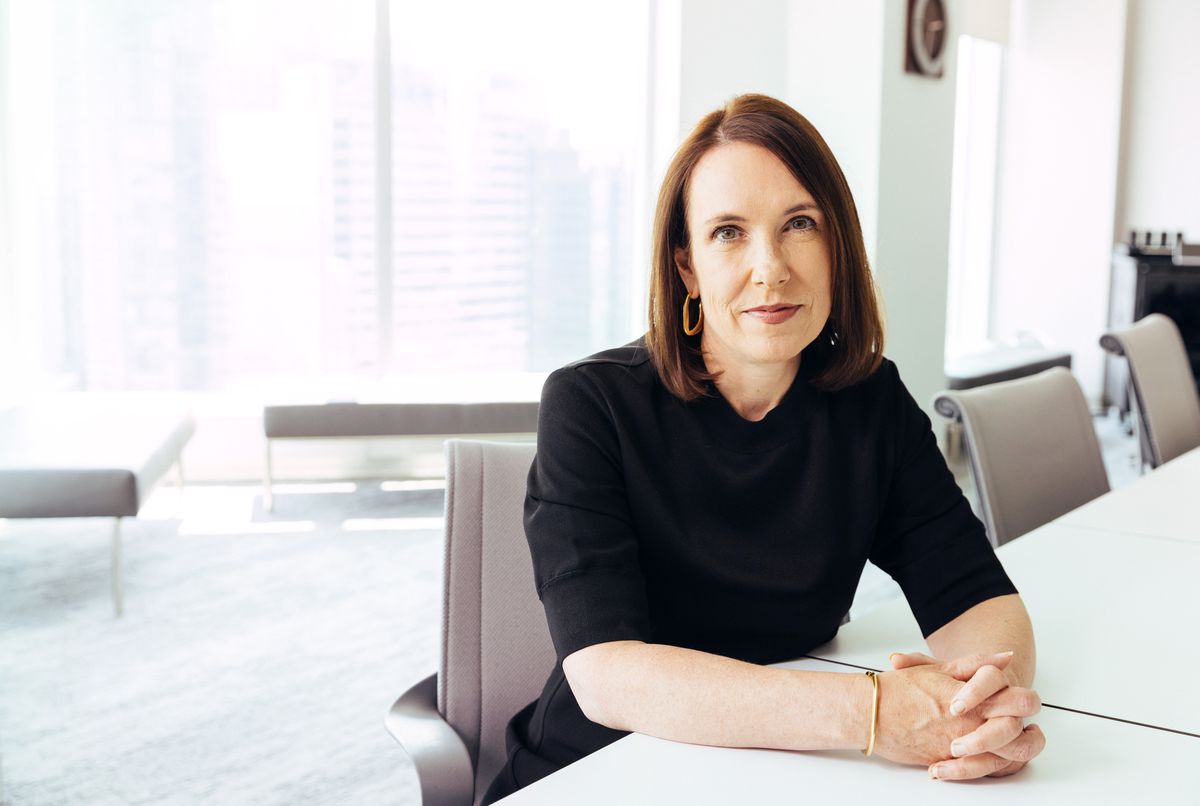 Since joining forces in 2019, the collaboration between RBC Global Asset Management and the Canadian arm of BlackRock – under the RBC iShares brand – has brought in $40 billion in assets while investors have had to navigate the unpredictable markets affected by pandemic shutdowns, war in Ukraine and rising inflation.

Nearly $21 billion of that is invested in RBC iShares fixed-income ETFs, up $605 million in the last four months alone, said Helen Hayes, head of BlackRock at iShares Canada.

“We’ve seen investors become much more defensive in recent months, moving from equities to fixed income,” Hayes told The Globe and Mail in an interview. “As soon as we saw that 50 basis point rate hike in April, we started to see the flows change. Now, the message about how fixed income fits into a portfolio is one of the biggest conversations we’re having right now.

The alliance between Canada’s largest bank and the world’s largest fund manager is rare in asset management. In 2019, BlackRock needed a path to a wider distribution network, while RBC lagged rival Bank of Montreal BMO-T in terms of overall ETF assets.

Executives from both companies emphasize that RBC iShares is not a joint venture or legal partnership, but rather an agreement that allows the two asset managers to remain separate legal entities while operating a co-branded ETF business.

Today, the alliance is bearing fruit. RBC iShares is Canada’s leading ETF company, with nearly $100 billion in assets across more than 170 ETFs, up from $60 billion across 120 ETFs when they joined forces in 2019.

Today, there are 42 ETF providers in Canada, managing a total of $304 billion in assets, according to a study by National Bank Financial. Although there has been some consolidation in the industry, there has never been a similar alliance or partnership between competitors.

“It’s been three years, and we hope to be together in three decades,” said Doug Coulter, president of RBC Global Asset Management, in an interview. “There’s no timestamp on the deal, but if we were to part ways, all of a sudden we don’t have a product shelf and BlackRock has no distribution.”

When ETFs were first launched in Canada in the late 1990s, there were fewer than a handful of independent vendors in the market. As investor demand forced banks to realize this, major global asset managers such as BlackRock and the Vanguard Group were already industry leaders in the Canadian ETF market, with ranges of products that consisted largely of low-cost index funds.

RBC entered the market in 2011; to catch up, he needed a partner.

“When we had the ETF business on our own – before the alliance – the thing we were always challenged with was liquidity,” Coulter said.

“Liquidity was a big factor for investment advisers and probably continues to be a bigger factor right now with the state of the markets. But when you’re a $100 billion company – with over 170 products – that offers investors peace of mind because we have a lot of assets in these products.

The alliance propelled RBC to the top spot in ETF assets from fifth place in 2019. And BlackRock — which has operated in Canada since 2009, when it acquired Barclays Global Investors — maintained its leading market share, which had started to quickly dilute as more and more companies enter the ETF fray in Canada.

Daniel Straus, director of ETF and financial product research at National Bank Financial, said that while RBC iShares’ overall market share has now fallen to 29.1%, the alliance has accomplished what she had planned to do.

“Before the alliance, we saw iShares losing market share at a rate of 5% per year, but after the alliance with RBC, that rate stalled somewhat and slowed down to around 2% per year, suggesting the alliance was a success,” Straus said.

In order to maintain its position, RBC iShares has moved away from the traditional, vanilla index funds that have dominated the ETF industry. The partnership has added more complex products such as sustainable ETFs and a series of five ‘megatrends’ ETFs – investments that provide access to indices of popular trends such as medical breakthroughs, infrastructure, renewable energy and mitigation of climate change.

The alliance has allowed RBC iShares to streamline services and reduce costs, merge duplicate funds, combine wholesale teams and ETF specialists, and add to its lineup of index funds focused on ESG, which currently manage about $1.3 billion across 20 ETFs, up from six in 2019.

BlackRock chief executive Larry Fink has said throughout the pandemic that “climate risk is investment risk.” He expects companies to disclose their plans for transitioning to a low-carbon economy.

“Overall, ESG is a very big goal for BlackRock to be a leader in this area with over 180 products,” Ms. Hayes said. “And that innovation will also come to Canada as it continues to grow.

Your time is valuable. Receive the Top Business Headlines newsletter in your inbox morning or evening. register today.