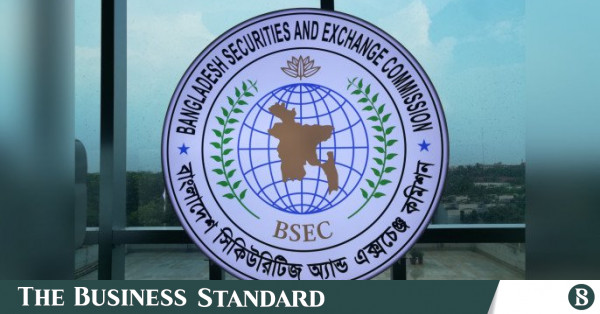 The securities regulator has tightened rules for over-the-counter (OTC) companies heading to the Small Capital Companies (SME) platform or the Alternative Trading Board (ATB) to protect investors’ interests.

The sponsor-directors of these companies cannot buy, sell, transfer, transmit or pledge the shares of the company without the prior approval of the regulator, the Bangladesh Securities and Exchange Commission (BSEC) said in its recent letter to the local scholarships.

In addition, the companies will not sell, transfer, mortgage or dispose of any fixed assets without the prior approval of the commission.

The two orders would help prevent unwanted moves by sponsor-directors abusing their positions within companies for unfair gains at the expense of public shareholders, BSEC officials believe.

Ashraf Textile shareholders have been deprived after the company stealthily sold its vast factory land while taking excessive bank loans against shares held, which also led to the demotivation of many sponsoring directors to serve the company honestly.

Companies coming to the SME or ATB platforms must ensure the dematerialization of at least half of their total actions, said the BSEC.

Many of the former companies kicked out of major stock exchanges had yet to convert their paper shares to electronic shares.

Companies will not be authorized to increase their share capital by issuing free shares without the agreement of the commission.

Without the prior consent of the regulator, they will not be allowed to collect equity cash deposits or loans from existing shareholders.

The commission also ordered the two exchanges to submit a progress report in this regard at the end of each month.

Earlier in September 2021, BSEC issued a directive to start the ATB and PME platforms by removing the OTC platforms.

While some of the companies are to be transferred to the SME platform, others to the ATB, and some will exit the exchanges by obtaining regulatory approvals.

Both exchanges launched their SME platforms last year, but have not yet been able to start alternative exchanges. Although exchanges are ready to start ATB platforms for stock trading.

After that, the commission discussed with the companies separately and tried to determine the problems. The regulator took a business plan to make progress.

The DSE launched its OTC in October 2009 with 51 companies.

Companies have been pushed from the motherboard to the OTC due to their underperformance or non-performance in business, their inability to hold annual general meetings of shareholders over the years, and the conversion of their shares in electronic shares instead of paper certificates. In the second phase, another 29 companies were sent to the OTC.