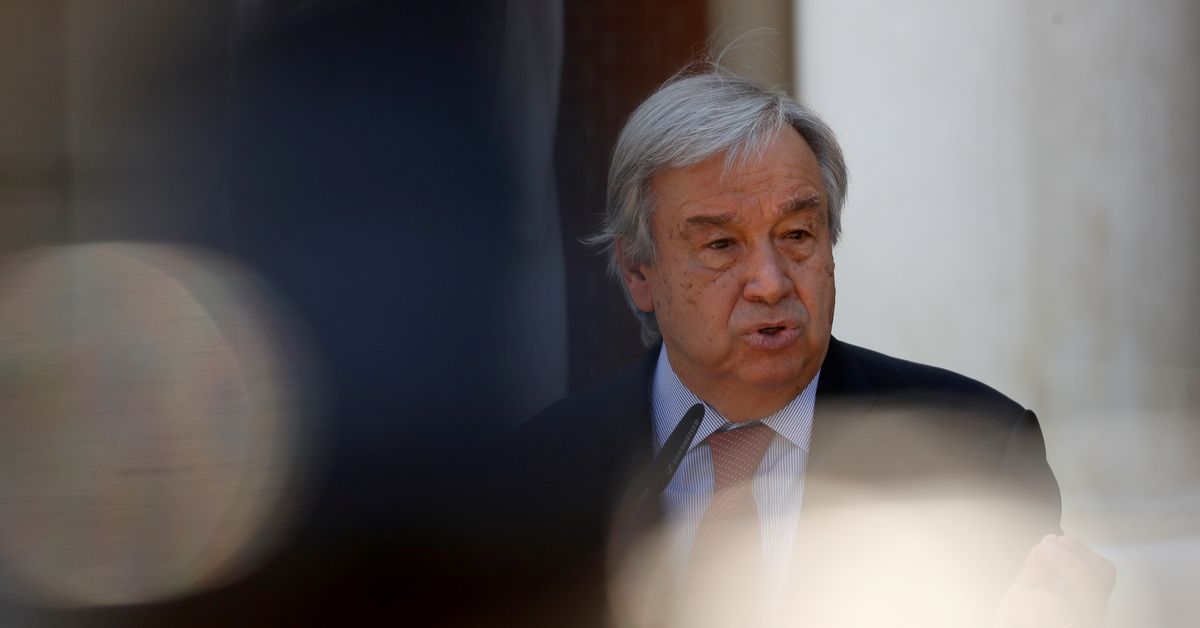 UNITED NATIONS, Sept. 10 (Reuters) – UN Secretary-General Antonio Guterres on Friday appealed for a cash injection in Afghanistan to avert an economic collapse that would trigger a “catastrophic” situation for the Afghan people and would be a “gift for terrorist groups”. . “

His remarks come after his special envoy for Afghanistan, Deborah Lyons, warned the Security Council on Thursday that freezing billions of dollars in international Afghan assets to keep them out of the hands of the Taliban would inevitably trigger “a severe economic downturn “.

“At the moment, the UN is not even able to pay its salaries to its own workers,” Guterres told reporters.

“We must find ways to avoid a situation which would be catastrophic for the population and, in my opinion, a source of instability, and a gift of action for the terrorist groups which still operate there,” he said. declared.

Al-Qaeda and the Afghan branch of the Islamic State, ISIS-Khorosan, are present in Afghanistan.

Guterres said he spoke with International Monetary Fund chief Kristalina Georgieva, telling reporters it was essential to agree on waivers or mechanisms to get money into Afghanistan. The IMF blocked the Taliban from accessing some $ 440 million in new emergency reserves.

Much of Afghanistan’s $ 10 billion in assets are also parked abroad, where they have been frozen since the Taliban came to power last month. They are seen as a key instrument for the West to put pressure on the Islamist group.

Guterres and UN aid chief Martin Griffiths hope international programs to provide money to war-torn Yemen could be replicated in Afghanistan. In Yemen, the United Nations children’s agency UNICEF provides monthly cash payments to some 1.5 million of the poorest families through a program funded by the World Bank.

The United Nations is also working to continue humanitarian work in Afghanistan, where at least 18 million people – half the country’s population – are already in need of assistance.