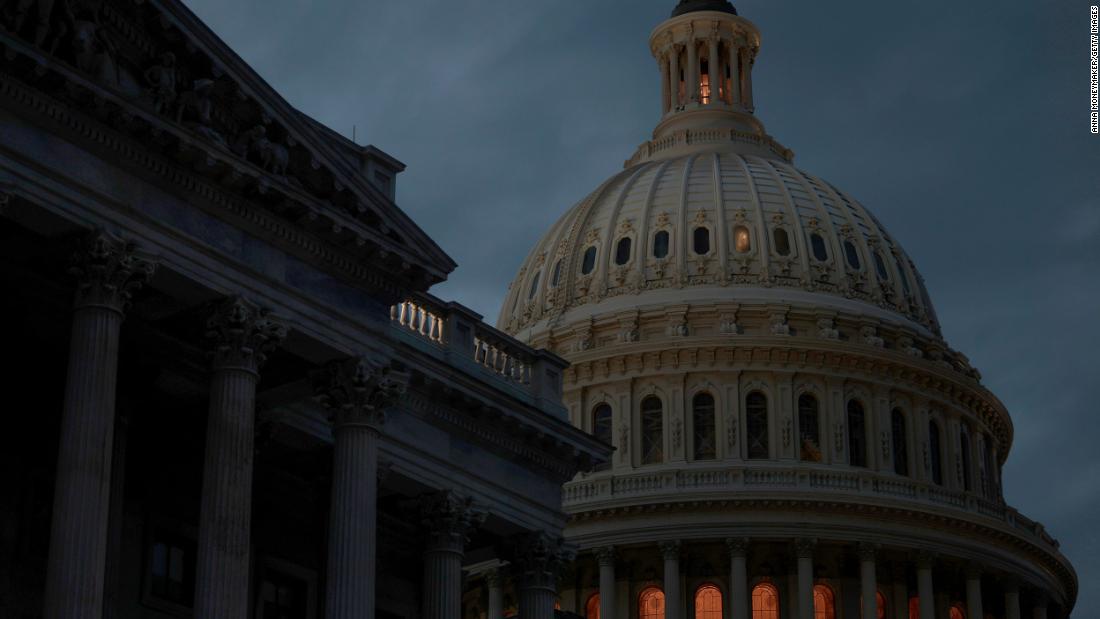 By Larry R. Howell Last updated Apr 24, 2022
Share
The dream is government action to fundamentally expand opportunity for millions of Americans left behind by changes in the modern economy. The political tides appear poised to sweep away unified Democratic control of the White House and Congress this fall, and with it the ability to act for the rest of Biden’s term, if not longer.
“It can take five, 10, 20 years,” lamented Jason Furman, former economic adviser to President Barack Obama and now a Harvard professor. “It could be a generation.”

Since the 1980s, Democrats have offered a constant refrain about the information-age economy: that it makes the rich richer, suppresses middle-class wages, and leaves the poor increasingly more behind. To reduce inequality and expand opportunity, their economic advisers have prescribed public investment in education, health care, training, infrastructure and support for families, all funded by higher taxes on the wealthy.

A political era favoring lower taxes and a reduced government allowed them only limited success.

In the 1990s, President Bill Clinton oversaw an economic boom that, while it lasted, improved the fortunes of poor and working-class Americans. Later, Obama led the recovery from the Great Recession and rallied a Democratic-led Congress to enact the first-ever national health care program in the United States.

But the Republican opposition has thwarted their attempts to secure greater investment in “human capital” and economic change. Major legislative measures on priorities such as expanding early childhood education, upgrading infrastructure and reducing carbon emissions to slow global warming have been dropped.

Federal spending on popular retiree benefit programs continued to rise. Federal spending for the future — capital investment, research and development, education and training — has eroded. From a peak of more than 6% in the 1960s, these budgetary investments have fallen by more than half.

Last year, the defeat of President Donald Trump by Biden and the return of a Democratic-controlled Congress sparked a wave of optimism that this trend was reversing. Biden has proposed spending trillions on the coronavirus pandemic, infrastructure, climate change and help for struggling families.
Some of this optimism has been justified. Democrats quickly passed the bailout, including increased subsidies for Obamacare health insurance and expanded tax credits that reduced child poverty. Biden compromised with Republicans to deliver a national infrastructure upgrade.
But additional help for families and climate change policy have been met with resistance from recalcitrant Democratic senators. The expanded child tax credit, temporarily included in the bailout, has expired, as will the expanded Obamacare grants after this year. Although private talks about reviving the Build Back Better package in some form continue between the White House and congressional Democrats, there are no signs of a breakthrough.
The blame game has targeted several culprits. Republican resistance means Democrats — with the narrowest of Senate majorities, including one member from a deeply conservative state — can only act unanimously. That senator, Joe Manchin of West Virginia, either canceled a deal by changing his mind or was misread by Biden and Senate Majority Leader Chuck Schumer.
Before the bailout was passed, veteran Democratic economist Larry Summers issued two warnings about its $1.9 trillion price tag: that it could fuel inflation and that it could drain investment support from most important long term in Build Back Better. Summers seems to have been right on both counts.

“The Biden administration was not strategic about this,” complained David Autor, a professor at the Massachusetts Institute of Technology, a leading authority on the economic changes that have kept many Americans from going to school. before. He fears the window for major action is closing.

“We’ve been doing this for four decades: underinvesting in ourselves, cutting taxes and running away from the future,” Autor said. “It only contributes to the American decline.”

Republican economists say the extent of stagnating wages and shrinking opportunities has been exaggerated. Michael Strain of the conservative American Enterprise Institute, author of the 2020 book “The American Dream Is Not Dead”, insists that Build Back Better would have set back the economy with wasteful and poorly designed programs.

Still, Strain favors some measures that overlap with Biden’s plans, such as a more limited increase in the child tax credit and expanded pre-kindergarten programs. He sees long-term chances of a bipartisan agreement along these lines, even if Build Back Better cannot be revived.

University of Maryland economist Melissa Kearney, a moderate Republican who favors much of Biden’s agenda, called the continued stalemate a “terrible outcome.” She still hopes for a compromise.

“The coronavirus pandemic has just revealed how vulnerable so many households are,” Kearney explained. “It can’t be invisible.

“Investing in children is such a win-win. Millions of poor children would do better in school, contribute more to our economy, and depend less on safety net programs.”

Biden continues to make the case, including during his West Coast swing last week. “We haven’t invested in ourselves,” the president told donors at a fundraiser in Seattle.

His best-case scenario remaining is half of last year’s $3.5 trillion plan, with much of the new tax revenue going to deficit reduction rather than new spending. Potential items: $500 billion to fight climate change, limits on the price of some prescription drugs, Obamacare subsidies and spending to expand early childhood education.

It wouldn’t be what he or his advisers had hoped for. But that would be something.

“I don’t know when another opportunity will present itself,” Furman said, “that’s why I’m hoping they can pull a rabbit out of a hat.”