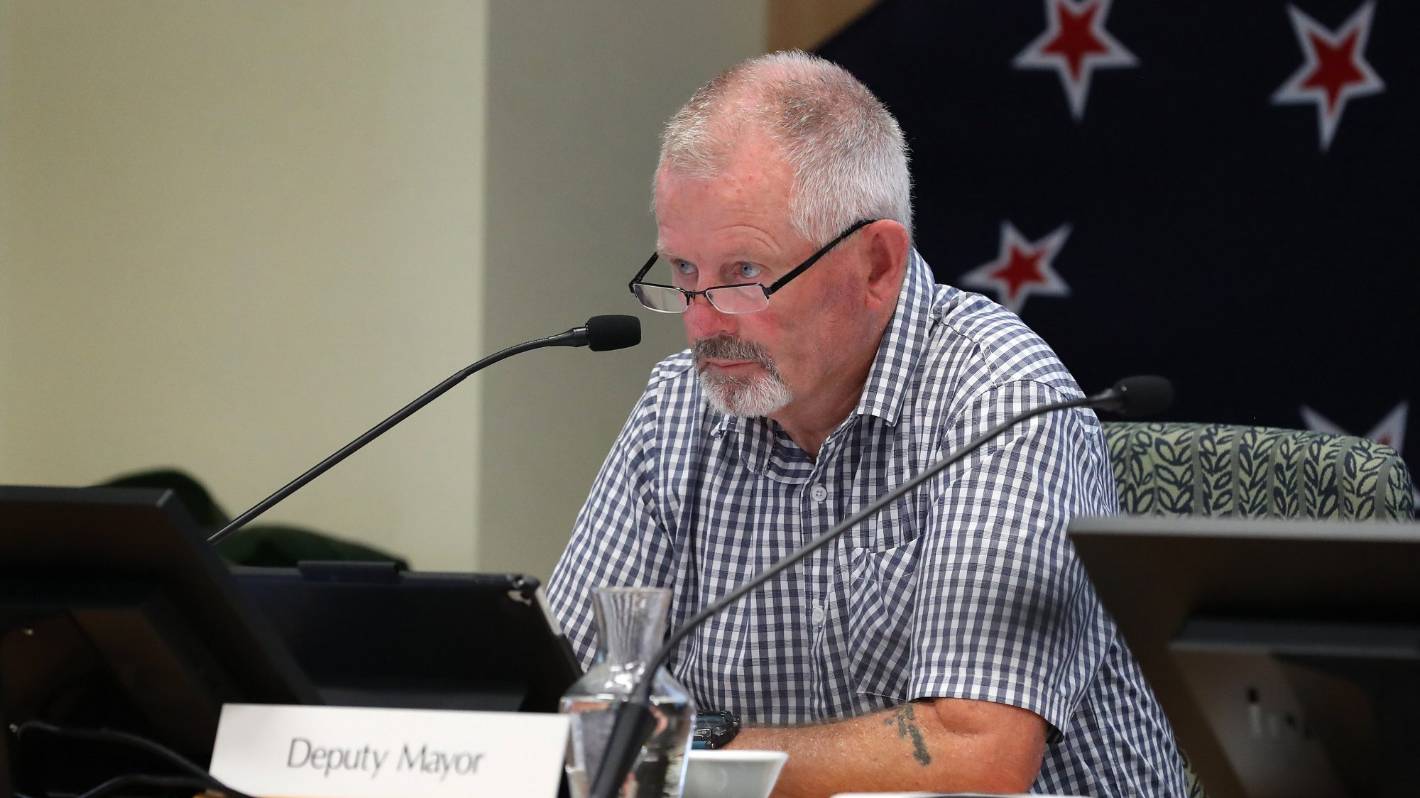 Deputy mayor: the council of time decided to sort out the “horrible” facades of the city center

Deputy Mayor Nobby Clark wants council to spend more money to clean up the facades of downtown buildings as it seeks to revitalize downtown.

Invercargill deputy mayor Nobby Clark wants council to take the initiative to tidy up some “horrible” building facades in the city center.

The council currently has a fund available to owners of downtown heritage buildings to help them undertake facade improvements.

Clark wants the council to go further and develop a unique package to further improve the facades of downtown buildings.

READ MORE:
* The Invercargill to Bluff stage of the Te Araroa trail ended more than a decade after work began – total cost of almost $ 2 million
* Invercargill city council “took the plunge” by introducing media protocols
* Invercargill advisers to support Sir Tim Shadbolt’s “well-being” for the remainder of the term

Clark himself toured the city center and counted 42 buildings whose facades he felt needed water spray and paint.

He wants the council to offer to pay for the water stripping and painting of these buildings. Clark estimated it would cost the council around $ 600,000, but said that even though it was closer to a million dollars, it would be worth it given what they were trying to accomplish in the center. -city.

He felt now was the perfect time to do the work to align it with the opening of the City of Invercargill Central bock development next year.

If the council takes the lead, they would also have control over paint colors that could fit into the overall downtown makeup, Clark said.

He pointed to Oamaru and Napier as cities that are right.

â€œIt seems sad to me that this council is investing somewhere north of $ 60 million in city block development and streetscapes, and yet we are not prepared to invest money in improving the quality of the city. facades of some of the streets adjacent to it.

The deputy mayor said he pitched the idea in 2020, but was rejected by most of his colleagues who were reluctant to invest taxpayer dollars in privately owned buildings.

Although Clark said it was not as simple as expecting landlords to do this work without any help, or raise rents to raise funds for this facade work.

These landlords were reluctant to raise rents as many tenants had to deal with Covid-19 lockdowns and other disruption in the city center, Clark said.

Some of the building owners were also at risk of losing tenants to the development of the city block, he said.

Cr Darren Ludlow was one of the advisers reluctant to invest taxpayer money in private buildings and suggested building owners look at the rent he charges to help maintain the buildings.

Ludlow felt the council could at least show its appreciation by reintroducing an awards night to recognize the hard work of downtown building owners.

â€œFor the cost of half a dozen or a dozen plates and a dinner after a party, it’s a great investment,â€ Ludlow said.

Invercargill Central manager Scott O’Donnell said they were working with building owners on the north side of Esk Street to try to encourage them to tidy up the facades “so they don’t have the ‘poor air’.

While in operation, people in the food court on the second floor of the town block development of Invercargill Central will be looking at many of these Esk Street facades.

When asked if Invercargill Central would go so far as to invest money to clean these facades? O’Donnell said it was ultimately the building owner’s job.

â€œWe have to move away from this concept where we do everyone’s job. Building owners must take care of their buildings.