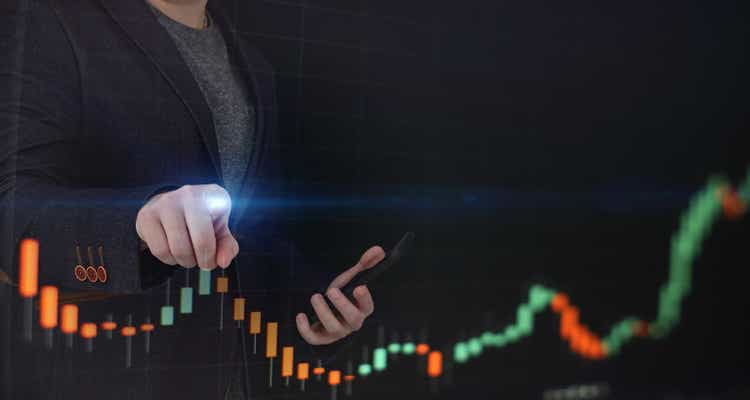 The current investment environment has been particularly challenging due to the fact that most investment vehicles have generated negative returns this year. Historically, investors in a diversified portfolio of stocks and bonds would be sheltered from a decline in the equity market, with bond or bond securities increasing in value. BlackRock’s Rick Rieder, Chief Investment Officer of Global Fixed Income and Head of their Global Allocation Team, was quoted in a recent Wall Street Journal article noting: “In 50 years, we haven’t seen markets debt and stocks fall as much in unison. In August 2022, 104 out of 112 asset classes generated negative returns according to Morningstar data.

The magnitude of the negative returns can be seen in the two nearby charts. Intermediate and core bonds are down year-to-date, down 9.63% and 14.38%, respectively.

The most important factor behind negative investment returns is the Federal Reserve’s effort to contain inflation by employing tighter monetary policy, in part by raising short-term interest rates. The Fed has raised the target federal funds rate by 0.75% in each of the past three rate announcements and by 3% in total this year. The pace of the recent Fed hike cycle is faster than at any other time. Additionally, there has been little to no coupon (interest) support to offset the decline in the price of fixed income securities due to interest rates rising near zero for short-term bond maturities and low levels for longer maturities. Higher rates are used by the Fed to reduce economic activity by creating a headwind for businesses and consumer borrowers. The Fed’s preferred measure of inflation is the personal consumption expenditure (PCE) reading. The August reading for Core PCE, which excludes food and energy, was reported at 0.6% month over month. The year-over-year reading was 4.9% and well above the Fed’s 2% target. Additionally, August’s reading of 0.6% was higher than July’s reading of 0%. So far, the Fed has been unable to put the inflation genie back in the bottle. Although there are signs that inflation is peaking, it will take longer to measure the success of the tightening to date.

Evidence of an economic downturn

If we stick to the technical definition of a recession (two consecutive quarters of negative real GDP growth), the US economy is in recession. Real GDP declined at an annual rate of 1.6% in the first quarter and fell 0.6% in the second quarter. Other economic variables also show that the US economy is at least slowing down. Weakness is seen in August imports passing through the largest US port located in Los Angeles. The Port of LA saw its biggest drop since May 2020, with inbound containers dropping 17% in August. Weak imports also show up in broader global shipping data. The Baltic Dry Index (BDI) measures global freight rates for dry bulk shippers. When the global shipping demand increases, the BDI also increases. The BDI peaked in October last year and is down more than 65%, indicating a drop in shipping demand. The decline in shipping demand makes sense, as retailer and wholesaler inventory tends to rise.

As previously reported, the Federal Reserve’s pace of rate hikes is the fastest on record. Of 34 global central banks, 30 are tightening monetary policy, creating a headwind for global economic activity. With the pace of US tightening, the US dollar is approaching a level last seen in 2001. A stronger dollar may be problematic for countries whose debt was borrowed in US dollars, such as emerging market economies . Since the US dollar is strong, it takes more of a country’s currency to buy dollars. The strong dollar is also a headwind for US multinationals as it makes their goods and services more expensive for foreign buyers.

Additionally, a stronger dollar has a negative impact on the return US investors receive on their foreign investments. A US investor’s year-to-date return for the developed international asset class, EAFE in this case, was negative 26.8%. For an investor hedged against the dollar, the return was nearly 13 percentage points higher at -13.2%. In fact, international developed and emerging markets have outperformed the S&P 500 index year-to-date in their local currencies.

So what’s the good news

It is difficult to predict how the market will move on a day-to-day or month-to-month basis. At current stock market levels and given the depth of the three-quarter decline this year, historical market performance suggests that investors with a time horizon of one to three years could experience positive returns in the years ahead. . To the right is a table back from an article published by Ben Carlson in A Wealth of Common Sense titled Going bullish in the long term. The chart details future returns for the S&P 500 after a decline of 25% or worse since 1950. As noted, there is plenty of green in the years ahead. An important factor for investors during periods of market volatility is to have an asset allocation that contains more protected assets that can be sold to maintain one’s lifestyle in difficult environments. The greatest damage to long-term investment returns is the sale of stocks or assets when they are down.

As the economy slows, corporate earnings will be the focus of market concern. Consumer preferences have shifted from retail businesses that have benefited from the pandemic shutdown to spending associated with travel and leisure, i.e., spending on experiences. In NIKE’s (NKE) earnings report at the end of September, it was noted that the company’s inventory was up 44% overall and 65% in North America. To reduce stocks, NKE will probably reduce selling prices; thus reducing earnings growth. Companies disproportionately hit by rising costs will likely experience earnings headwinds. Many businesses are already feeling the effects of an economic downturn. Companies in the Consumer Discretionary sector saw their earnings decline 12% in the second quarter of 2022. Although the general earnings direction was positive for the market in the second quarter, this earnings growth was largely supported by the energy companies. Excluding energy stocks, S&P 500 earnings fell 2.1%. Another earnings issue facing companies going forward is the strength of the US dollar discussed above. As multinational companies convert their foreign income back into dollars, they take in more foreign currency when converting to dollars; thus, lowering reported incomes. Also, a stronger dollar increases the competitive cost of US export goods relative to equivalent foreign goods. The market has recently favored companies with a high percentage of their business based in the United States, as multinational companies have underperformed those with higher domestic revenues.

While the near-term environment may continue to be challenging, we believe valuation adjustments are occurring and are beginning to present opportunities for attractive long-term investments. Excess liquidity and economic stimulus during the pandemic have distorted asset prices in many sectors of the economy. From bond prices to highly speculative IPOs (remember SPACs?), the economic incentives to take risk had become lopsided. While recent market action is painful, the return of incentives to the line, the elimination of irresponsible and excessive risk taking via lower valuations will ultimately reward the disciplined investor. Markets place more emphasis on business fundamentals. Asset prices are lower across most major asset class categories. There could very well be more declines to come, as markets tend to overreact on both the upside and the downside. Whether the market has reached the bottom of this cycle or not, opportunities arise for long-term investors to accumulate large companies and investments at lower prices. A continuous and disciplined approach to investing will win.

Thank you for your continued trust and support of HORAN Capital Advisors.

Editor’s note: The summary bullet points for this article were chosen by the Seeking Alpha editors.