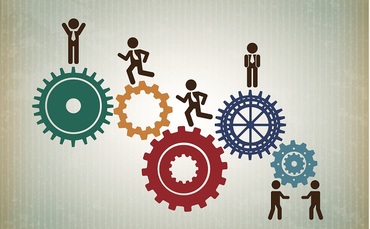 Ken davy is to return as chairman of the Fintel Group on an interim basis following the resignation of Gary Hughes for personal reasons.

Hughes’ resignation, announced in a stock exchange note this morning (September 29), comes after six months as chairman. A position he held after the rebranding of the company from The SimplyBiz Group.

Davy will again lead the interim board pending the â€œappointment of a permanent successorâ€. He stepped down as chairman to become vice chairman earlier this year, but returned to head the board until a replacement for Hughes was appointed.

Based in Malta, Yeomans, who is also the COO of deVere, assumes the additional role with immediate effect and reports directly to Founder and CEO, Nigel Green.

Green said: â€œBeverley has been at the top of her game in a senior executive and board position for some 22 years in a heavily male-dominated industry. Due to traditional industry biases, this is a depressing reality that very few women have ever reached this level, so young, and for so long in international financial services.

“But Beverley tore up that ‘rulebook’, breaking down barriers and leading by example. She was the perfect fit to become our very first Director of Diversity.”

Yeomans said, â€œI am delighted to take on this additional role and help our group further embed diversity and inclusion into the way we operate every day, as well as attract and retain the best and diverse talent.

â€œI am delighted to continue to build on the strong foundation we have already created at deVere, helping to galvanize the culture of inclusion. “

Gresham House, the specialist in alternative asset management, has recruited Ana Janine as an investment manager within their sustainable investment team.

Prior to joining Gresham House, Janine worked as a consultant for the Boston Consulting Group, handling private equity transactions and was previously a tax lawyer in Portugal.

Aviva Investors, the asset management arm of Aviva, has appointed Caroline Hurdles as the new chief credit officer, following the promotion of Colin Purdie to director of investments for liquid markets in June.

Hedges, who started at Aviva Investors in 2006, worked as Head of Liquidity and Securities Funding, while also managing Aviva’s Sterling Liquidity Plus fund.

Previously, she was also a portfolio manager for the company, covering various money market and short bond funds.
Hedges will now lead the investment grade and high yield credit, as well as emerging market debt, liquidity and equity finance teams.

CHA Capital named Robert hattersley in the newly created role of Director of Investments for its main real estate division.

Hattersley has over 30 years of experience in the real estate industry and joined AMP Capital from global real estate company Lendlease, where he was most recently Group Chief Investment Officer.

Director of Global Relations for the Jersey Government Tom Le Feuvre was appointed co-chair of the Organization for Economic Co-operation and Development (OECD) â€œAd hoc Group on Country-by-Country Reportsâ€ alongside a representative of the Government of India.

The group will review and recommend improvements to the way jurisdictions report on tax activity.

Le Feuvre said: “The group is responsible for ensuring that large multinational corporations complete a report on the overall distribution of income, profits, taxes paid and economic activity. Jersey’s position in the group is a good example of the island’s commitment not only to implement new tax rules, but also to actively participate in their design and development â€,

Besides, Tom meyers, previously Head of Client Solutions for the Americas at Aviva, will join FTFI in a new role as Senior Vice President, Senior Director of Investments and Strategy Development, Fixed Income.

Pacific Asset Management (PAM) named Julia Varesko as a senior analyst, drawing on the expertise and resources of its Longevity and Social Change Equity team, led by Dani Saurymper, who joined PAM after AXA Investment Managers in July.

Varesko will be based in PAM’s new offices at 1 Portland Place, London.

In her new role, she will be responsible for the quantitative and qualitative analysis of the company, the development of personalized action models and the formulation of action recommendations. She will report to Dani Saurymper.

Prior to joining PAM, Julia was a senior analyst covering diversified financial services at JP Morgan.

Pacific Asset Management is set to launch a new fund for Dani and Julia in October focused on longevity and social change.

Matthew Lamb, CEO of Pacific Asset Management, said: â€œWe are delighted that Julia is joining our growing equity team at Pacific Asset Management. It’s no secret that we have the great ambition to build a powerful and sustainable franchise around the longevity economy, huge demographic shifts and social changes as the world pivots towards a more sustainable future. Julia’s appointment adds deep expertise to Dani Saurymper’s team and will allow us to deliver innovative and forward-looking strategies to our clients.

He will lead the firm’s London-based offering of legal advice to the Cayman Islands in matters of dispute resolution, restructuring and insolvency.

He was also admitted as an attorney at the Eastern Caribbean Supreme Court in 2016, which means that together with his London partner Richard Brown and lawyer Sheba Raza, Carey Olsen is able to serve clients in the spindle. European timetable across the full range of dispute resolution. , restructuring and insolvency issues from the perspective of Bermuda, British Virgin Islands (BVI) and Cayman Islands.

Board of Directors Considering Name Change to McCracken Hall, Addition of Regional Administrator