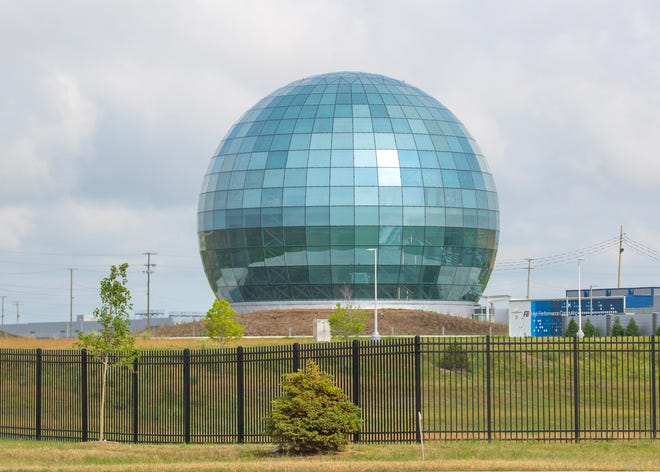 Foxconn Technology Group is moving forward with plans to build electric vehicles in North America, but instead of Wisconsin, they could be made in Lordstown, Ohio, according to an announcement Thursday.

â€œAfter months of careful evaluation, Foxconn will work to acquire pre-existing manufacturing operations in Lordstown, Ohio for the initial production of electric vehicles for our customers and partners,â€ Foxconn said in a statement.

The impact of this agreement on Foxconn’s operations at its Racine County facility is unclear.

Foxconn has an agreement with Fisker Inc., a California-based electric car company, and now plans to build the Fisker and Lordstown electric vehicles in Ohio, according to the announcement.

The talks between Foxconn and Lordstown were first reported by Bloomberg.

Thursday’s announcement revealed that Foxconn would work with Lordstown Motors to buy the Lordstown plant – excluding its assembly line and certain other assets – for $ 230 million.

Subject to a deal being struck, on the third anniversary of the deal, Foxconn could buy 1.7 million shares of Lordstown Motors at $ 10.50 per share, which is roughly $ 17.85 million.

Once the two parties come to a final agreement, Lordstown Motors plans to enter into a long-term lease for part of the Ohio facility and Foxconn would offer employment to the agreed Lordstown operations and manufacturing employees. .

â€œWe are excited about the prospect of joining forces with a world-class smart manufacturer like Foxconn and believe this relationship would bring operational, technological and supply chain benefits to our business, accelerate overall production of scale vehicles and would increase employment at the Lordstown plant, â€Daniel Ninivaggi, CEO of Lordstown Motors Corp., said in a statement.

â€œThe partnership would allow Lordstown Motors to take advantage of Foxconn’s extensive manufacturing expertise and profitable supply chain, while freeing up Lordstown Motors to focus on bringing Endurance to market, developing offerings of services for our fleet customers and the design and development of new innovative vehicles. models.”

Foxconn said Lordstown’s infrastructure and employee base could allow the company to start producing products by 2023.

Foxconn, which operates a campus in Mount Pleasant, said its properties in Wisconsin would help their push into the electric vehicle market.

â€œWhile initial electric vehicle production takes place in Lordstown, Foxconn’s Wisconsin assets will continue to serve as a potential location for additional investment for the growth of Foxconn’s electric vehicles in the United States and will continue to be there. ‘location of data infrastructure and information and communication technology equipment. production, â€the statement read. “Foxconn is also grateful to its partners who helped welcome representatives from Fiskers and Fisker Inc. during their visit to Wisconsin in early summer 2021.”

Henrik Fisker, chairman and CEO of Fisker Inc., praised the Ohio deal in a statement.

â€œAchieving key program objectives such as time to market, access to a well-developed supplier ecosystem, and overall cost targets were all important factors in the decision to locate manufacturing in the industry. ‘Ohio,’ Fisker said. â€œSince signing the agreement with Foxconn earlier this year, we have worked together intensively on all aspects of the PEAR project, including design, engineering, supply chain and manufacturing. signing of this agreement. “

What can Ohio do about lead exposure in children?