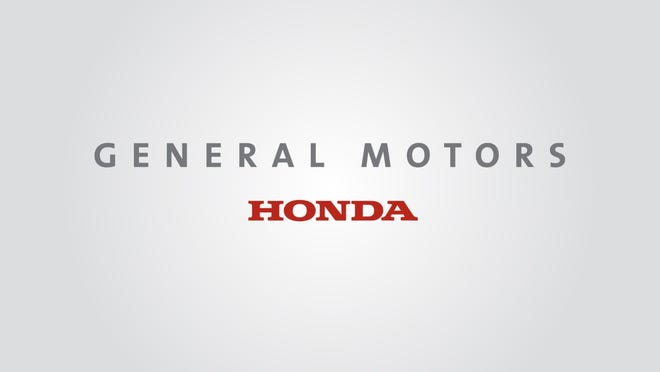 General Motors and America Honda Motor Co. will jointly develop a new series of “affordable” electric vehicles that will go on sale from 2027.

The automakers announced on Tuesday that they are expanding their existing partnership started in 2013 to develop electric vehicles based on a new global architecture that uses GM’s Ultium battery technology.

“GM and Honda will share our best technology, design and manufacturing strategies to deliver affordable and desirable electric vehicles globally, including our key markets in North America, South America and China” , GM CEO Mary Barra said in a statement.

Barra said this new agreement will help GM achieve its goal of being a carbon-neutral company by 2040 and its goal of offering a zero-emission vehicle lineup in the United States by 2035.

“Working together, we’ll get people around the world into electric vehicles faster than either company could alone,” Barra said.

Lower the price, increase the range

GM spokesman Jim Cain said the company will announce where the new electric vehicles will be built at a later date.

Cain declined to specify the exact number of new electric vehicles that GM and Honda will develop, saying, “Multiple entries are being considered as this is a global project. We will share more about the brand and manufacturing as we go. we’ll move on.”

Cain noted Barra’s past reference to an affordable electric vehicle being the upcoming Chevrolet Equinox SUV EV, which will start at around $30,000.

“This program is how we’re going to get there,” Cain said.

“We are not providing details on where the Honda derivative of the new series of affordable electric vehicles will fit into the Honda lineup,” Schostek wrote. “What I can tell you is that our offerings will align with the expectations of our customers and resellers in North America and other markets where they will be introduced.”

The main takeaway from GM and Honda in expanding their partnership is the creation of electric vehicles under $30,000 and improved range on a full charge, which will encourage adoption, said analyst Sam Abuelsamid. Principal E-Mobility at Guidehouse Insights in Detroit.

He noted that many customers who buy entry-level electric vehicles are likely to live where they don’t have off-street parking and charging.

The collaboration will also help the two bring electric vehicles to market faster, as automakers can leverage their technology, design and sourcing strategies.

GM and Honda have said they are targeting global production of “millions of electric vehicles starting in 2027”. These will include compact SUVs, which they say are the largest segment in the world, with annual volumes of around 13 million vehicles.

“Honda is committed to achieving our goal of global carbon neutrality by 2050, which requires reducing the cost of electric vehicles to make electric vehicle ownership possible for as many customers as possible,” Honda CEO Toshihiro Mibe said in a statement.

“The progress we’ve made with GM since we announced the EV battery development collaboration in 2018, followed by the co-development of electric vehicles, including the Honda Prologue, has demonstrated the win-win relationship that can create new value for our customers,” Honda chief executive Shinji Aoyama said in a statement.

Last September, GM and Honda announced the Prologuea high-volume, all-electric SUV that Honda would sell and GM would help develop.

At the time, Honda said its initial annual sales target for the Prologue SUV EV was 70,000 units in the United States when the car goes on sale in 2024, which will soon be followed by Honda’s first SUV EV. Acura.

The Prologue will use GM’s Ultium battery cell system, which underpins the 2022 GMC Hummer EV pickup being built at Factory ZERO in Detroit and Hamtramck.

Ultium will also power the 2023 Cadillac Lyriq SUV, which goes on sale in May and is being built at GM’s Spring Hill Assembly plant in Tennessee.

Honda will provide the exterior and interior design of the 2024 Prologue. It will also include Honda-branded features.

GM and Honda did not specify where the Prologue will be built.

The GM-Honda relationship has roots that go back more than two decades. But recent collaborations include work on fuel cells, batteries and the shared autonomous vehicle Cruise Origin, which will be built at Factory ZERO.

In April 2020, GM and Honda announced the agreement for develop two new electric vehicles for Honda. These vehicles will be on the Ultium platform, which will be designed to match the way Honda vehicles handle on the road.

In September 2020, GM and Honda announce alliance not only to share vehicle platforms, but also technology, research and development, and procurement of supplies in North America starting in 2021. The alliance helps GM and Honda realize substantial cost savings and continue to invest in the development of future products.

In the automakers’ North American automotive alliance, the two will share a range of vehicles sold under each company’s separate brands, as well as cooperation in purchasing, research and development, and connected services.

Honda and GM collaborate, for example, in the purchase of supplies by taking advantage of their scale to obtain discounts. In this purchasing collaboration, the two sources of supply partner and share logistics and localization strategies.

In 2013, the two companies began working together on the co-development of next-generation fuel cell system and hydrogen storage technologies.