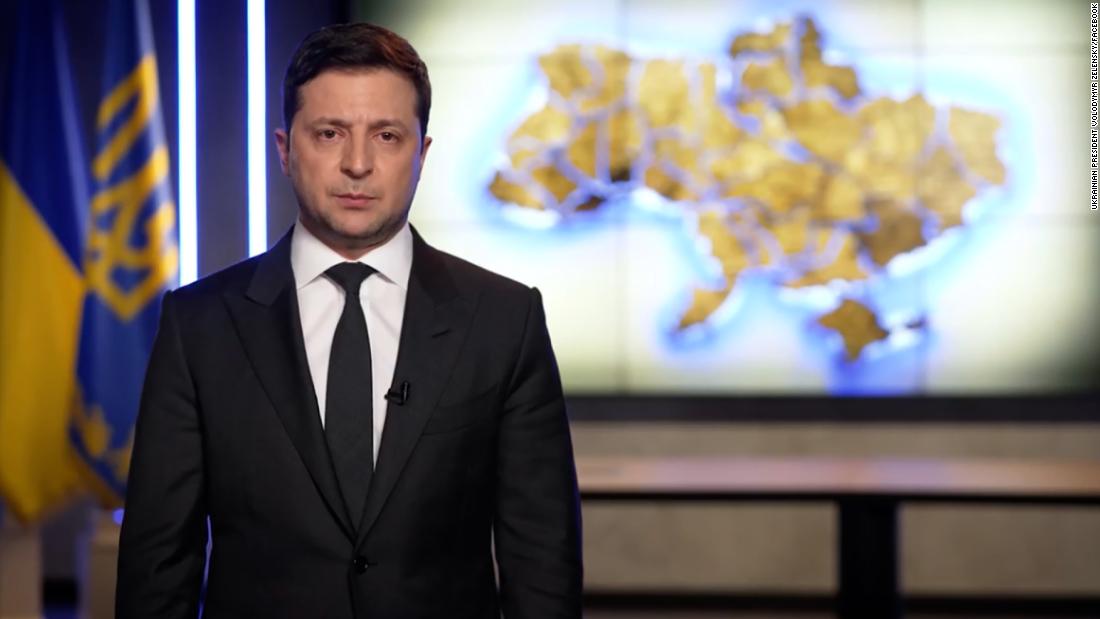 The European Union will “make it as difficult as possible” for the Kremlin to continue its “aggressive actions” in Ukraine, warned European Commission President Ursula von der Leyen.

Speaking at a joint press conference with NATO chief Jens Stoltenberg and European Council chief Charles Michel in Brussels, von der Leyen said the EU “would hold Russia accountable for this outrageous violation of sovereignty and territorial integrity of Ukraine”.

The EU chief said she had a phone call with Ukrainian President Volodymyr Zelensky during which he asked her “what different stakeholders can do to help”.

The EU is expected to unveil a new “massive” and “targeted” sanctions package later on Thursday, she said.

The package will include “financial sanctions that severely limit Russia’s access to capital markets” and “suppress Russia’s economic growth”, she explained.

The second pillar of this package will limit Russia’s access to “crucial technology”, von der Leyen continued, with the aim of “cutting off Russian industry from the technologies desperately needed today to build a future”.

“Our measures will weaken Russia’s technological position in key areas, in fact, from which the elite make the most of their money. And that ranges from high-tech components to cutting-edge software. It will also seriously degrade the Russian economy in all areas in the future,” she said.

“Let me be very clear. It is President Putin who will have to explain this to his citizens. I know the Russian people do not want this war,” von der Leyen said.

The Kremlin is aware that European unity “is our best strength”, she said, adding that it is “the reason why they did their best to divide us”.

“They have achieved the exact opposite. We are more united and more determined than ever,” she concluded.

Do you miss the office? Workplace sitcom master Michael Schur explains why we should relish our return | Work & careers