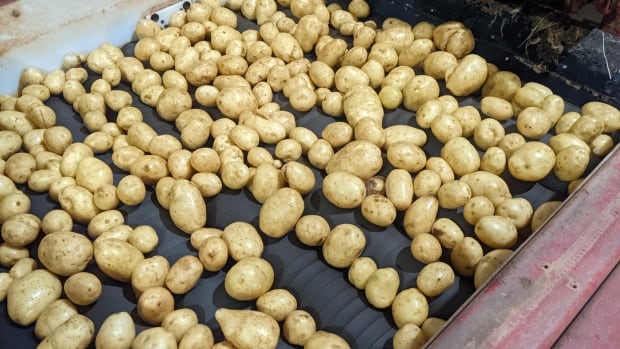 New funds for farmers, aid, but received with ‘mixed emotions’

More details are known about the amount of money that farmers in P.E.I. will receive after having had to destroy or move their potatoes to other markets.

According to the press release, that means farmers are getting up to 8.5 cents a pound to destroy their potatoes, compared to about 18 to 20 cents for table potatoes before the border closed. In 2020, the export of table and processing potatoes to the United States was worth approximately $103 million.

The border was closed to potatoes from Prince Edward Island in November by order of the Canadian Food Inspection Agency, following the discovery of potato wart in two fields on the Island . The wart was first discovered on the island in 2000. A management plan was put in place in consultation with the US government, and until November it kept the border open for 20 years.

Eleven weeks after the shutdown, there is still no date when PEI farms will be released. will be allowed to ship to the continental United States, but it is hoped that the territory of Puerto Rico can soon resume accepting products grown on the island.

Greg Donald, chief executive of the PEI Potato Board, said farmers are grateful for the help, but at the end of the day it’s not what they want.

“It will certainly be a help, but received with mixed emotions,” Donald said.

“Our farmers take great pride in producing a crop, and this year they had a bumper crop. And under these circumstances having to deal with the decision to destroy some of them is truly sad and a senseless waste.”

Under the program, the first details of which were released in December, some potatoes will be redirected to food banks across Canada.

Despite all efforts, the unthinkable is there.– Greg Donald. PEI Potato Board

Donald said the industry is working to divert potatoes to anyone in need, as well as other markets.

He said there was also support from the province to help defray the cost of farmers destroying their potatoes.

“Despite all efforts, the unthinkable is here,” he said.

According to the government press release, approximately 10% of Prince Edward Island’s 2021 crop, or approximately 300 million pounds, will need to be destroyed. That’s nearly eight pounds of potatoes for every person in Canada that will be shredded and spread on the fields this winter.