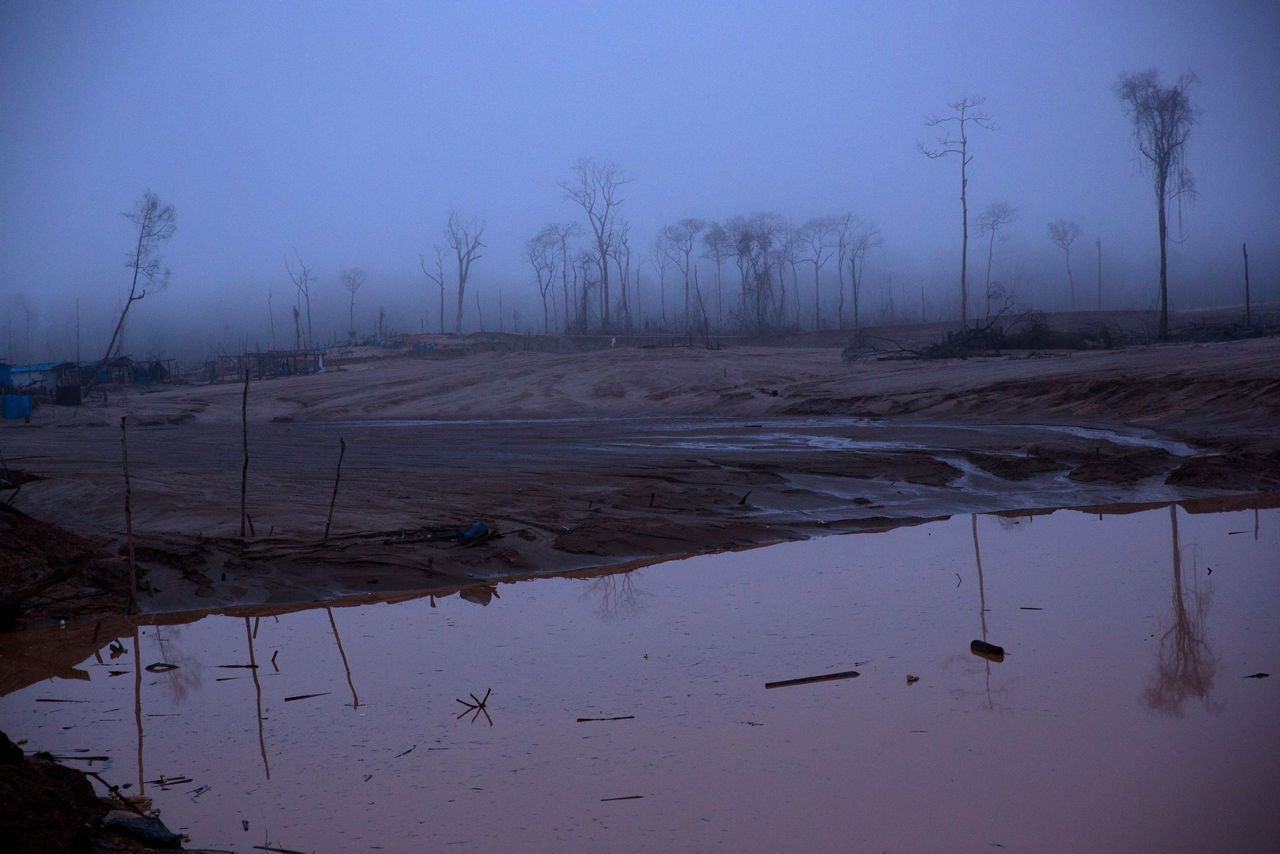 Plunged into crisis, Peru neglects the destruction of Amazon

RIO DE JANEIRO (AP) — Peru has entered one of the worst political crises in its history and the protection of its Amazon rainforest is failing, according to a report released today. Peru is home to the second largest part of the Amazon rainforest after Brazil. The country had pledged to stop deforestation by 2021.

The South American country has been embroiled in political turmoil since 2016. Corruption scandals and disputes between the executive and legislative branches of government have led to intense turnover – four presidents in five years. Peru’s current president, left-wing outsider Pedro Castillo, has already survived two impeachment attempts since taking office in July 2021.

The Peruvian Amazon is huge – larger than Ukraine, some 68 million hectares (168 million acres). It holds the headwaters of the Amazon River as well as the Manu National Park, one of the most biologically diverse areas in the world. It is a transition zone between the Andes mountains and the tropical forest lowlands, rich in microclimates and ecology.

But the Monitoring of the Andean Amazon Project (MAAP), an initiative of the nonprofit Amazon Conservation Association, reports that deforestation in the Peruvian Amazon has reached six historic highs in the past decade. The analysis is based on data from the University of Maryland, which has been keeping records since 2002.

The worst year ever was 2020, when Peru lost around 170,000 hectares (420,000 acres) of Amazon rainforest. Last year, that number declined, but still ranks sixth on record. Official Peruvian data, which only goes up to 2020, agrees.

Corrupt actors who profit from environmental crime, along with the political crisis, have resulted in a lack of government capacity to tackle environmental crime, according to the report. “Furthermore, the Peruvian government continues to prioritize economic development over the protection of the Amazon rainforest.” The Igarapé Institute commissioned the report from InSight Crime, a nonprofit organization focused on investigating crime in Latin America.

As in the Brazilian Amazon, cattle ranching and agriculture are the main drivers of deforestation. Agribusinesses and impoverished migrants from other parts of Peru are illegally grabbing land. Other illegal activities that harm the forest are gold mining, logging and coca plantations.

“Agriculture is now firmly established” as the main driver of deforestation, concentrated in the central and southern Peruvian Amazon, said Matt Finer, director of MAAP. “This includes both widespread small-scale agriculture and recent large-scale activities of new Mennonite settlements. .”

The report, titled The Roots of Environmental Crime in the Peruvian Amazon, identifies three actors driving deforestation: large corporations, such as palm oil companies; entrepreneurial criminal networks, who profit from the trade in timber, land or drugs, and cheap labor – poorly paid workers who cut down trees and plant coca crops.

The proceeds of these illegal activities end up in other parts of the world. Most gold exports go to Switzerland, the United States, India and Canada. The Peruvian domestic market absorbs most of the timber; what is exported goes mainly to China. About 28% of Peru’s gold production is illegal, according to the InsightCrime investigation, which also estimates that most timber extraction is done without permits.

“The political crisis has taken us away from environmental issues a lot,” former environment minister Manuel Pulgar-Vidal said in an interview with The Associated Press in Rio de Janeiro, on the sidelines of a meeting on climate change. organized by the Brazilian Center for International Relations, a think tank. The pandemic and the war in Ukraine have amplified these problems, he said.

The current government also promotes activities such as illegal mining and illegal logging, he said. The former minister linked this to the unprosecuted deaths of many conservationists.

Contacted Monday by phone and email, the Peruvian Ministry of the Environment did not respond to requests for comment on the current situation in the Amazon.

The Amazon is the largest tropical rainforest in the world and a huge carbon sink. Many people fear that its destruction will not only release huge amounts of carbon into the atmosphere, further complicating hopes of slowing climate change, but also that it will pass a tipping point, after which much of the forest will begin an irreversible process of degradation. in the tropical savannah.

Copyright 2022 The Associated Press. All rights reserved. This material may not be published, broadcast, rewritten or redistributed without permission.

Why is it important to have a second source of income? To find

Lapidoth Capital Ltd (TLV:LAPD) has passed our checks and is set to pay a dividend of ₪0.39