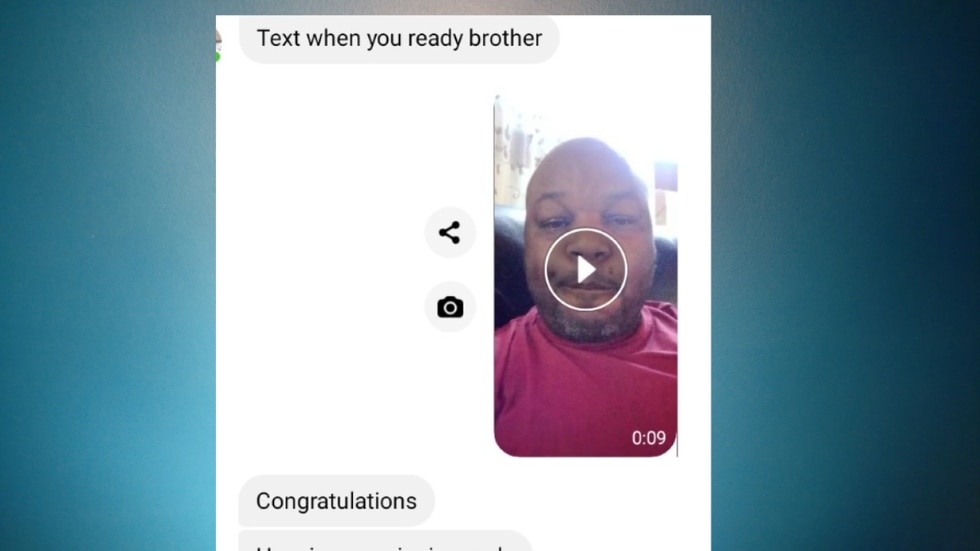 CLEVELAND, Ohio (WOIO) — The offer came from someone he trusted — or so he thought.

Don Gaddis thought his friend from high school had just introduced himself.

The two were exchanging messages on Facebook as they often do, when his friend brought up grants supposedly available for people to recover from the pandemic.

“Because he was a friend, I let my guard down,” he said.

“This guy was my friend. I don’t consider myself an idiot by any means, but everyone has this button,” Gaddis said.

Gaddis says what’s most upsetting isn’t the money he lost, but rather the fact that he fell in love with the next request to make a video of himself – a video that scammers are now probably using to scam even more people.

He says he was promised the video would not be posted until he received his money.

“It was just six seconds of my name and I got the amount of money they said they were offering and it’s not a scam,” Gaddis said.

He disputed the claim, but then received a video of his friend on camera saying he also made the video and then received the money.

“They were pulling the stops. I mean they had a really well crafted story,” he said.

It’s not uncommon among scammers, but the details of the case were a first for Ericka Dilworth at the Cleveland-area Better Business Bureau.

“The twist of having them on video wasn’t something I had seen,” she said.

The BBB connected us with Gaddis to tell his story for this reason.

“You just can’t believe that if someone asks you for money, that’s who you believe,” Dillworth said.

Dilworth wants everyone in northeast Ohio to know how to protect themselves.

“Con artists have so many different ways and so many different techniques to trick you into believing,” she said. “But boy, every time you go to give money through a cash app or a gift card, then that money is gone and you’ll have no way to get it back.”

Once Gaddis sent the video, he says he was banned from his social media accounts. He used them every day.

“I just really want to access my page, because I have a lot of information on a podcast, all my community garden pages there, all the photos,” he said.

Dillworth says this is another good reason to remember to change your account passwords often.

Gaddis did an interview with 19 Investigates, hoping to warn his friends who he cannot communicate with at this time and anyone else who might receive a curious message.

“It happens to the best of us. So I didn’t want being caught up in the scam to be so embarrassing that I couldn’t warn others that it was, you know, something that could happen to them if they are not very careful,” he said.

Gaddis says he hasn’t spoken to his real high school friend since he was scammed.

He assumes that his friend is also banned from his social accounts.

A representative has responded and is working to resolve the issue.

“Risks have a very disproportionate impact on returns”