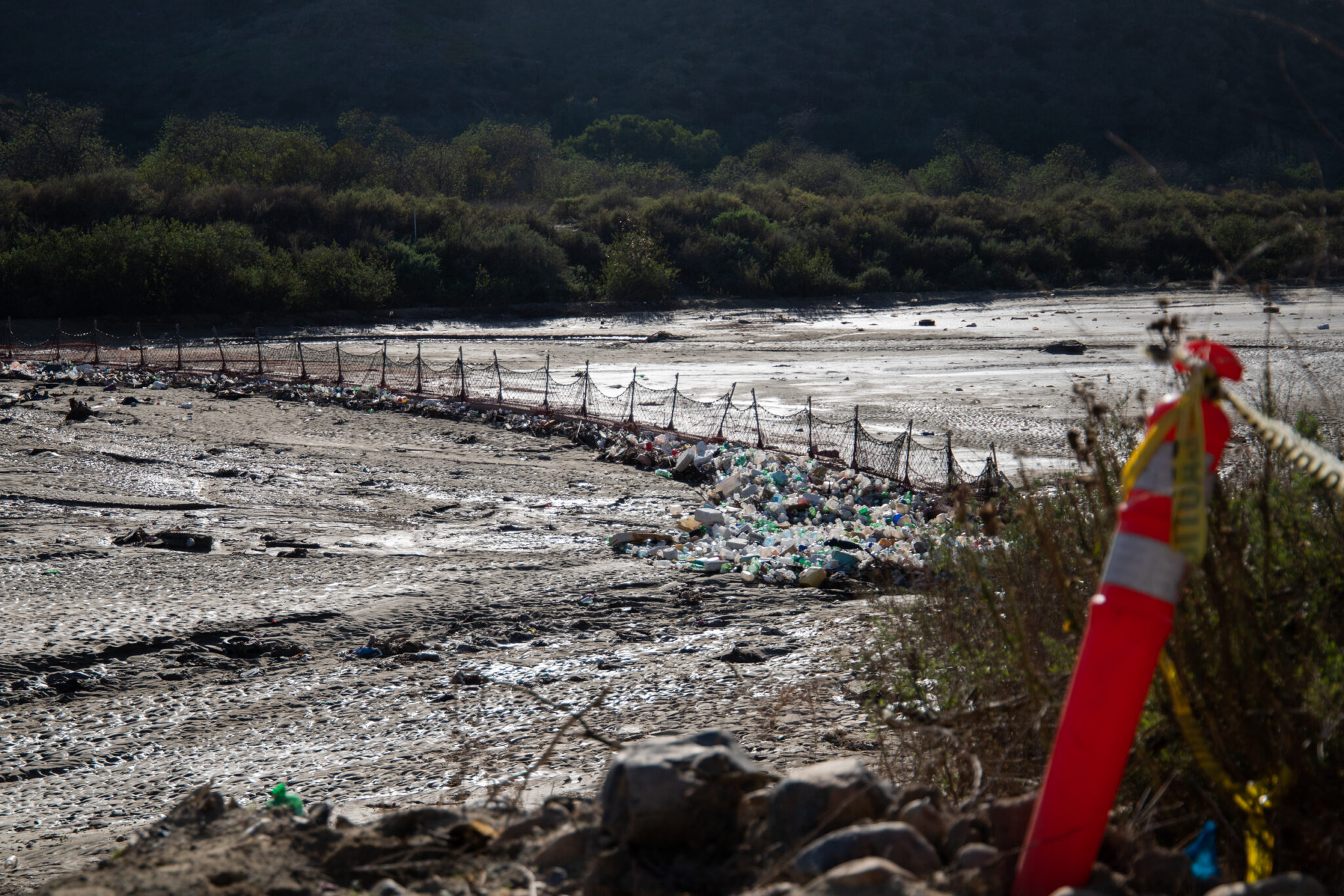 A handful of state lawmakers gathered last week on the side of the Tijuana River estuary that isn’t visibly clogged with dumped plastics and tires from Mexico in the canyon ravines or in the river she -even to ask the governor for money to, well, keep the trash from spreading. the border.

Southern California lawmakers are hoping Governor Gavin Newsom will inject $100 million into next year’s budget to be split equally between the Tijuana River and the New River that flows from Mexicali to Salton-Sea, two plans to sewage-ridden water.

San Diego County already knows what it wants to do with the money if granted by the state. Devonna Almagro, spokeswoman for Supervisor Nora Vargas, said at least half of the $50 million could go to the California Environmental Protection Agency and fund litter and sediment barriers in Smuggler’s Gulch , the name of one of the canyons that define the United States and Mexico. frontier. The money could buy and maintain other waste capture devices in the two countries and pay for part of the 27 projects identified in a separate 2020 study how to solve the Tijuana River sewage problem.

Assemblyman Eduardo Garcia, who represents the area from eastern Riverside County to Imperial Valley, told me that he and San Diego Assemblyman Chris Ward decided to join their forces to get money in two ways: from the governor’s budget or through legislation. Lawmakers have until May 27 to push the bills through the assembly. And the governor’s revised budget is expected to come out this month.

To spend some of that money at source in Tijuana, Garcia said he was in Mexico City last month to push the issue with officials there.

“The lack of infrastructure capacity in the growing Baja region is at the heart of this, so there is a need for the Mexican federal government to improve these conditions,” Garcia said.

The federal EPA is already working on a plan to build a larger sewage treatment plant on the San Diego border to treat more sewage. There’s $300 million from the US-Mexico-Canada deal to do this, but it probably won’t be enough. This is partly because the current plant needs some serious upgrades and the EPA is working with the IBWC to do another study on what needs to be fixed.

Once that work is complete (in mid-April the EPA said construction should begin in 2024), the EPA still has a list of about $330 million in projects remaining.

“Delays in action by the federal government … on both sides (of the border) have clearly compelled the State of California to protect the health of Californians,” Garcia said.

Moreover: To the reader who is concerned about how often I use “caca” as a synonym for sewage in my reporting on the Tijuana River flood, here is proof that it is a very good synonym.

At the time of the last mysterious spill (i.e. a flow of water over the border or on the Tijuana River without rain), the IBWC took some water samples. In a Nov. 27 sample from Stewart’s Drain, the total number of fecal coliform units, or CFU (otherwise known as poop), measured 16 million per 100 milliliters of water. A January 18 sample from the Tijuana River measured 7.6 million CFU per 100 per 100 milliliters of water.

For context, the South Bay International Wastewater Treatment Plant on the border is supposed to clean the Tijuana wastewater it receives to a level of 400 CFU per 100 milliliters of water before it can be discharged into the ‘Pacific Ocean. In other words, state water quality regulators say 400 CFU is an acceptable level to give back to nature. So what spills into the estuary untreated via the river or other untreated spills is between 19,000 and 40,000 times pooey than that.

Reporting on the Tijuana River sewage crisis is produced by Voice of San Diego in partnership with Tijuanapress.com and with support from the University of Colorado Boulder Water Desk and the Pulitzer Center. Our bi-national, bilingual series of reporting and photojournalism highlights long-standing environmental issues that are having a serious impact on the quality of life along the border.