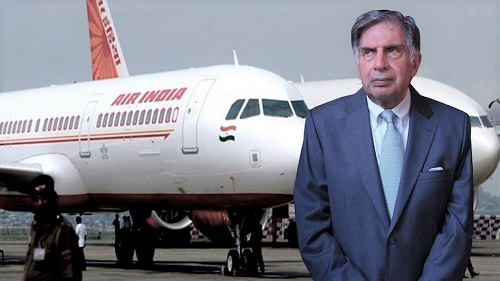 The other bidder for the airline was a consortium led by individual SpiceJet owner Ajay Singh.

According to the Ministry of Finance, Tata Sons’ winning bid as enterprise value (EV) consideration for AI (100% of AI shares as well as AI’s stake in AIXL and AISATS).

The transaction does not include non-core assets including land and buildings valued at Rs 14,718 crore (approximately US $ 1.97 billion) which are to be transferred to Air India Asset Holding Limited (AIAHL), property of the Indian government.

It included Interior Minister Amit Shah, Finance Minister Nirmala Sitharaman, Trade and Industry Minister Piyush Goyal and Civil Aviation Minister Jyotiraditya Scindia. The transaction was the subject of stiff competition with seven letters of expression of interest received in December 2020. Five of the bidders were disqualified because they could not meet the requirements set out in the PIM / EOI, even after having received them. given the opportunity to obtain clarification.

The next step will be to issue the letter of intent and then sign the share purchase agreement, following which the conditions precedent will have to be met by the successful bidder, the company and the government.

According to the Ministry of Finance, the transaction should be finalized by December 2021.

The entire divestment process was carried out in a transparent manner, respecting the confidentiality of the bidders, thanks to decision-making at several levels.

This involved the Inter-Ministerial Group (IMG), the Core Group of Secretaries on Divestment (CGD) and the Air India Specific Alternative Mechanism (AISAM) at the highest ministerial level.

The process of divestment of Air India and its subsidiaries began in June 2017 with the approval in principle of the CAMC.

The first round did not generate any expression of interest.

The process resumed on January 27, 2020 with the publication of a Preliminary Information Memorandum (PIM) and a Request for Expression of Interest (EOI).

According to the Ministry of Finance, PIM in January 2020 considered (a) a fixed and predetermined amount of debt to be kept in AI (the balance to be transferred to Air India Asset Holding Limited (AIAHL) (b) the sum of some of the liabilities Identified current and non-current assets (other than debt) to be retained in AI and AIXL would be equal to the sum of certain identified current and non-current assets of AI and AIXL (excess liabilities to be transferred to AIAHL).

The deadlines had to be extended due to the situation linked to the Covid-19 pandemic.
In view of Air India’s excessive debt and other liabilities resulting from huge accumulated losses, the construction of the offering was revised in October 2020 to become the enterprise value (EV).

This allowed potential bidders to resize their balance sheets and increase their chances of receiving bids and competition.

The EV construction allowed bidders to bid on full equity and debt consideration instead of predetermined fixed debt with a minimum cash consideration of 15% for equity.

In accordance with the original and revised construction, all non-core assets (land, buildings, etc.) must be transferred to AIAHL and therefore are not part of the transaction.
The transfer process will take into account the interests of employees and retirees.

Some investors may be concerned about RATIONAL’s return on capital (ETR: RAA)