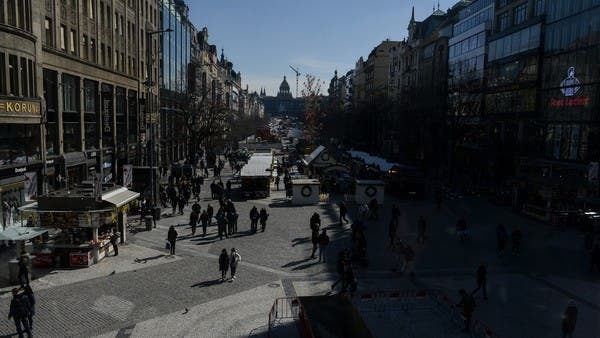 Tens of thousands of far-right and far-left protesters joined forces in the Czech capital to rally against the pro-Western government.

Police estimated the crowd in Prague’s central Wenceslas Square to be around 70,000 on Saturday.

Among the groups represented at the protest were the main populist anti-migrant Freedom and Direct Democracy party and the Communist Party.

For the latest headlines, follow our Google News channel online or through the app.

They blame him for a number of problems, including his Western-oriented policies.

They also condemned the government for its support for sanctions against Russia for its war in Ukraine and accused it of not being able to cope with soaring energy prices.

The country belongs to both organizations.

Fiala said everyone had the right to protest, but said those demonstrating were expressing pro-Russian views that were not “in the interest” of the country or its citizens.

Czechia (Czech Republic) strongly supports Ukraine in its fight against the Russian invasion and has donated weapons, including heavy weapons, to the Ukrainian Armed Forces.

The government plans to convene an emergency meeting of EU countries next week to seek a united approach to the energy crisis.

Thousands demonstrate in Prague against Czech government, EU and NATO

US warship trains in Baltic Sea amid regional tensions

Despite the energy crisis, Germany “will make it through the winter” according to Scholz

Ukrainian hackers: an ex-ghost, a Starlink and “owner” of Russia