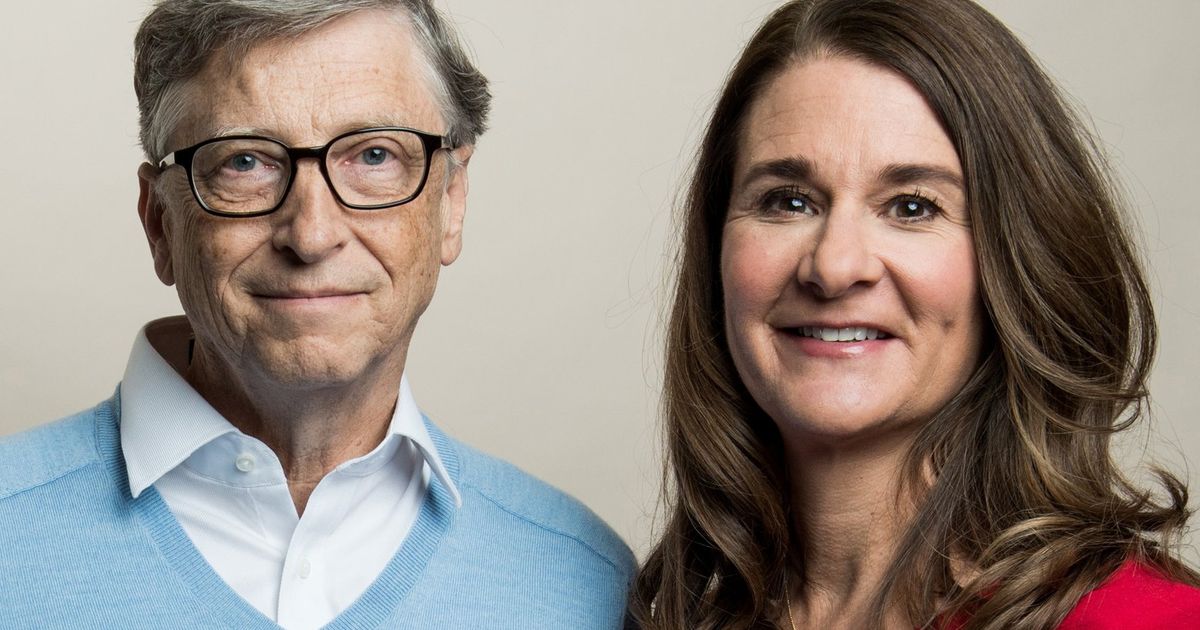 Bill Gates and Melinda French Gates are shaking up control of their $50 billion foundation, one of the most powerful philanthropic organizations in the world, fulfilling a promise made after they announced their separation last year.

The Gates Foundation adds four new members to its board of directors: its chief executive Mark Suzman; Zimbabwean billionaire Strive Masiyiwa; Thomas Tierney, co-founder of Bridgespan Group, one of the nonprofit industry’s most powerful consultants; and Minouche Shafik, a former World Bank official who is now director of the London School of Economics.

“We are honored that these three deeply knowledgeable and respected individuals have agreed to join the foundation’s board of directors,” Suzman, 53, said in a statement Wednesday. “They bring an incredible record of impact on global business, philanthropy and development.”

The Seattle-based foundation said there could be up to nine members in the future. Talks are “under way to add to the initial roster to improve representation by gender, geography and expertise.”

The new members join Gates and French Gates on the board, adding some diversity to a group that previously consisted of a small circle of friends and family. This included Bill’s father, who died in 2020, and Warren Buffett, who donated over $30 billion to the charity. Shortly after the divorce news broke, the Berkshire Hathaway Inc. chief announced he was leaving the foundation, noting it was because he had an “inactive role.”

The 91-year-old, however, has long sought to avoid conflict and by the time he left the divorce was becoming increasingly acrimonious. Unflattering reports emerged of Gates’ infidelity, his ties to deceased sex offender Jeffrey Epstein and claims that his money manager Michael Larson operated a toxic work environment.

The foundation put in place measures to ensure it would continue to operate, announcing that the ex-couple would add $15 billion to the $50 billion endowment over the next few years and added a nuclear option: French Gates would step down after two years if the two couldn’t work together.

If she leaves, French Gates, 57, will receive money from Gates, 66, for her philanthropic work separate from the foundation’s endowment. Gates has already transferred billions of dollars of stock in companies to French Gates, which is creating its own philanthropic investment firm Pivotal Ventures.

With billions of dollars a year in grants, the Gates Foundation operates around the world with a focus on health, gender and education. The philanthropic world has wondered whether a new board – the organisation’s governing body – would change its approach to giving.

The initial announcement also raised expectations that it would lead to increased diversity, a problem in the world of big-money philanthropy.

Edgar Villanueva, founder of the Decolonizing Wealth Project, said this was particularly important for the Gates Foundation because of its global influence.

“What they’re doing in the world creates a major direction for the industry, so all eyes are on them,” he said this month.

Masiyiwa is founder and executive chairman of Econet Global, a telecommunications company that operates in Africa, Asia, Europe and Latin America. Econet offers telephone, broadband and satellite services, and is also a major provider of mobile payments, a focus of the Gates Foundation’s work in Africa to expand financial services for the poor.

Masiyiwa said in the statement that he has worked with the foundation for 20 years, “beginning with efforts to improve the agricultural production of more than 400 million smallholder farmers in Africa, to improve the livelihoods of the most vulnerable people. poor in Africa and in the world”.

Shafik, the only other woman on the board besides French Gates, has worked for the World Bank, the UK’s Department for International Development and is a former Deputy Governor of the Bank of England. Shafik, who was born in Egypt, educated in the United States and was made a British baroness in 2020, is currently director of the LSE.

“I have spent my career working at some of the world’s greatest international and academic institutions because, like Melinda and Bill, I realize that the toughest problems facing humanity are not limited to a single country or sector, but are universal challenges that call for reason, empathy and cooperation,” she said in the statement.

Tierney founded Bridgespan in 2000 – around the time the Gates Foundation was established – after running the management consultancy Bain & Co. The Gates Foundation has worked with Bridgespan, which has risen to prominence recently for her role in helping MacKenzie Scott distribute billions of dollars at a record pace.

Suzman, a former journalist and United Nations worker who grew up in apartheid South Africa, joined the organization in 2007 and was promoted to the top job in February 2020. Suzman, who is white, said in a letter Wednesday that he had made the foundation’s staff diverse and giving a key goal.

Diversity is also a priority when adding new members to the board.

“We are in active conversation about adding to our initial roster to improve representation by gender, geography and expertise,” Suzman wrote in her first annual letter for the foundation, work typically done by Gates and French Gates.

Reacting to the new members on Wednesday, Villanueva said it’s a step in the right direction, but it’s disappointing and doesn’t go far enough.

“I would like to see an opportunity for people who are in the community, on the ground,” he said, adding that as long as Gates and French Gates are in charge, there will be a power imbalance. “It’s ultimately still a family foundation, your family’s money, you’re still sitting in the chair role.”

This is common when family foundations add board members, he said.

“It’s highly unlikely that they’ll bring in anyone who poses a threat to the power structure.”

A “technocratic ethos” has long dominated the Gates Foundation, and the expanding board could “become an opportunity to integrate more community-centric perspectives into its leadership,” said Benjamin Soskis, senior research associate at the Urban Institute Center on Nonprofits and Philanthropy.

“No one expects an expanded board to completely disrupt the foundation’s longstanding approaches and priorities, but bringing more outside critics of the Gates Foundation into the foundation itself would be a good thing. “said Soskis, whose work has been funded by the foundation in the past.

Singapore attracted $11.8 billion in investment in 2021

We like these underlying capital return trends at Zehnder Group (VTX: ZEHN)