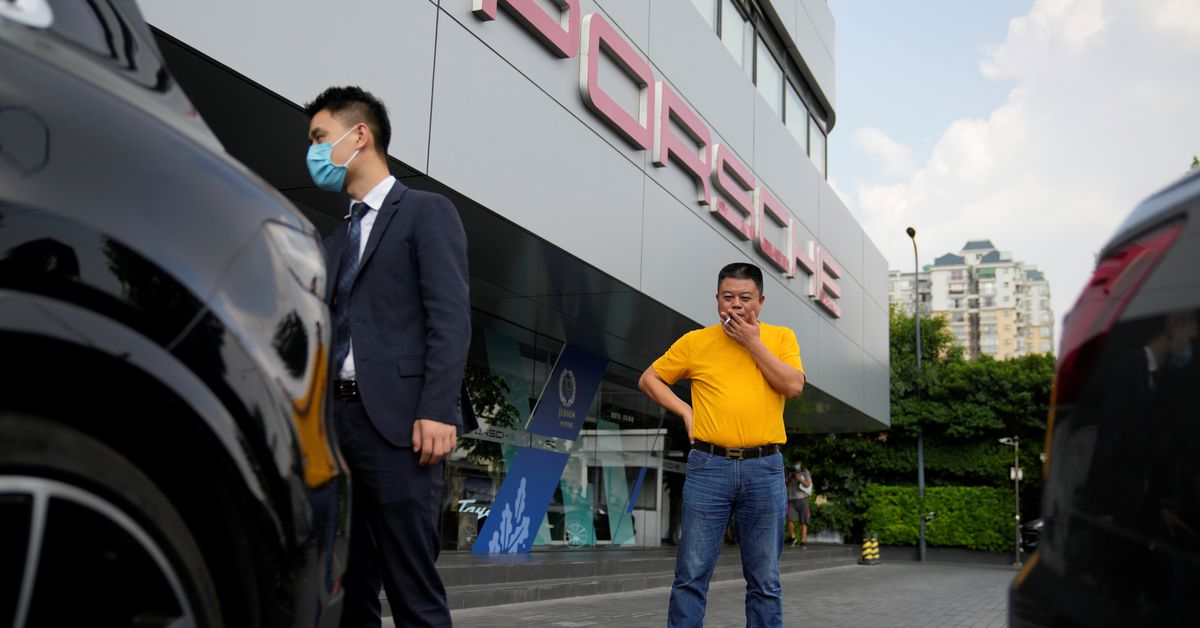 Unpaid by Evergrande, supplier sells Porsche and his house to save his business

GUANGZHOU, China, September 28 (Reuters) – Guo Hui, whose cleaning company owes ailing real estate giant China Evergrande 20 million yuan ($ 3.1 million), is counting on the government to resolve a crisis that left his own company on the verge of bankruptcy.

Meanwhile, the 50-year-old known to his friends and colleagues as â€œBrother Huiâ€ sold his Porsche Cayenne and put his apartment on the market in a rush to raise funds to pay off debts and wages.

“We have contacted the officials, but they say either they don’t have the money or they don’t know when they can settle the payments,” Guo said from his desk in the back of a. apartment building on a street in Tianhe District in Guangzhou. is bustling with small restaurants and stalls.

His case is typical of the countless suppliers left behind by Shenzhen-based China Evergrande, which was the country’s best-selling real estate developer before running out of cash this summer under the weight of $ 305 billion in debt.

Like many self-taught entrepreneurs of his generation, Guo sees his story as a story of fortune that goes hand in hand with China’s economic boom.

He said he had been working with Evergrande since 2017, which accounted for 90% of his business when he started having problems in June, when payments on commercial paper issued by the company ceased.

China Evergrande did not immediately respond to a request for comment on Guo’s claims.

“We find ourselves in a very passive situation,” he said.

Feiyun provides cleaning and repair services for Evergrande apartments in Guangdong Province, ensuring new builds are clean before they are presented to potential buyers.

It has around 100 permanent employees and employs 700 to 800 contractors, depending on demand, mostly migrants from poorer inland provinces, Guo said.

A few months ago, Guo had a team of 300 cleaners of thousands of apartments in the high-end development of Zhanjiang Evergrande Waitan Gardens in the southwestern tip of the province on two contracts totaling around 1.5 million yuan.

â€œThey worked day and night for us. I’m doing my best to pay them off with loans I took, but I can only handle a third or a quarter. We still owe them about 2 million yuan. “Hui said. , referring to staff arrears on three different projects.

Bottles of Maotai lined the shelves behind Guo, the only photo on his desk showing him skiing in northern China in 2017, “before things got complicated.”

Passionate about the outdoors, Guo eventually planned to hand his business over to his son Guo Jing, who listened nearby, so that he and his wife could travel abroad – plans thwarted first by the COVID-19 pandemic and then by the Evergrande crisis.

Beijing has been largely silent on the Evergrande situation, which has rocked global markets and left investors as well as hundreds of thousands of unfinished apartment buyers facing uncertainty, sparking office protests in Beijing. ‘Evergrande this month.

“We can only wait for Evergrande to settle or for the government to help,” Guo said. â€œEither way, I still believe in government. It must have a conclusion.

The next day, Guo went to a Porsche dealership to resell what he sees as a symbol of his hard work. He asked to sit there once more after signing the papers.

“This is what the Evergrande situation happened to,” he told the dealership, adding that he could now only wait for the government and the courts to act.

Coming out of poverty once, Guo is confident his fortune will turn.

“I will definitely buy my car back, when I get the money. I’m sure I can get it back.”

RealTech’s (ETR: RTC) returns on capital are on the rise