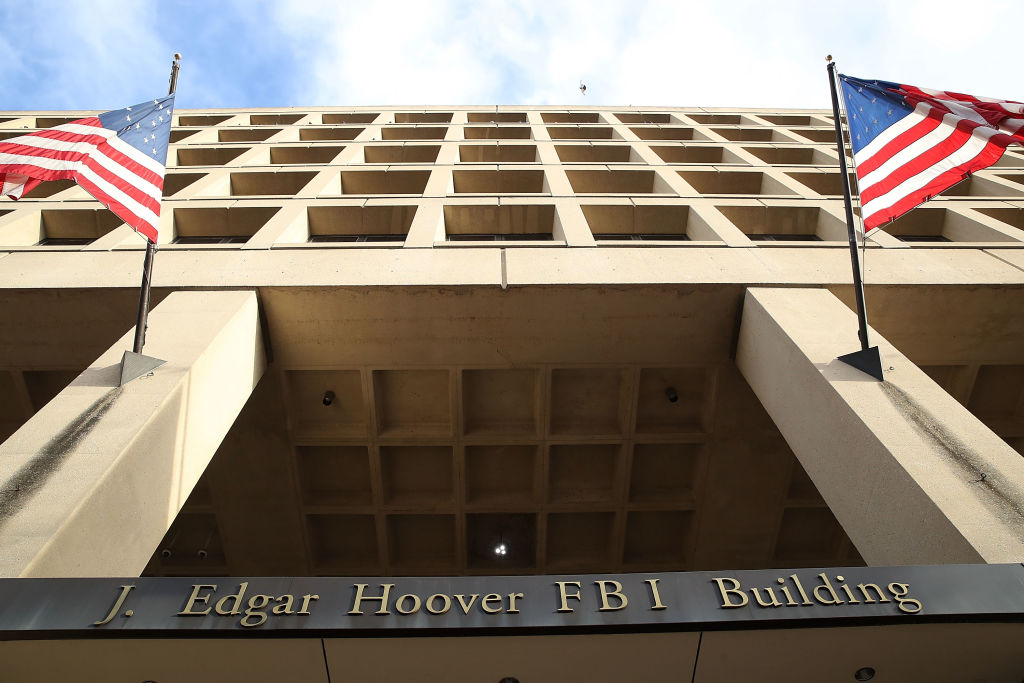 Will it be Maryland or Virginia? The feds are close to a verdict on the new FBI headquarters

WASHINGTON — Politicians from Maryland and Virginia vying for the award for a new FBI headquarters have just months before a crucial decision by the federal government.

The U.S. General Services Administration is expected to choose the best of three locations as early as September, ending nearly two decades of advocacy, confusion and frustration between four presidencies over whether the FBI should move to the suburbs bordering the District of Columbia or stay downtown.

“For too long, FBI personnel have been housed in a building that does not meet their security or operational needs,” U.S. Sens. Ben Cardin and Chris Van Hollen and Representatives Anthony Brown and Steny H. Hoyer told the result of the decision. .

“That’s why we will continue to push for the new headquarters, and we are confident that the Maryland sites in Greenbelt and Landover are the best locations,” the Maryland Democrats continued.

The Northern Virginia delegation, consisting of Sens Tim Kaine and Mark Warner as well as Representatives Don Beyer, Gerry Connolly and Jennifer Wexton, said in a statement that they were “pleased” the General Services Administration determined that Springfield remained an option.

“This is an important step in the site selection process, and we look forward to continuing to work with the administration to bring an FBI headquarters that best supports the FBI mission to Northern Virginia.” , said Democrats.

A move to the suburbs

The new location will be the first time the FBI has moved from its Pennsylvania Avenue headquarters to downtown Washington, DC, since the building opened in 1974.

The process of relocating thousands of FBI agents and officials began in 2005 when the agency’s asset management plan identified the need for a new headquarters, given the deteriorating state of the FBI. of the 2.4 million square foot headquarters and its cramped quarters.

In 2011, the Government Accountability Office, under the orders of Congress, wrote a report concluding that “the FBI has outgrown its headquarters, the J. Edgar Hoover Building”.

“Head office staff who cannot be housed in the Hoover Building are dispersed across more than 40 leased annexes (annexes), the majority of which are located in the National Capital Region,” the report said. “FBI officials report that the dispersal of personnel, combined with deficiencies in the condition of the building and the Hoover site, is affecting security and creating operational inefficiencies.”

At the time, the GAO said there were three paths to take: retrofit the existing building, rebuild in the same location, or move to a new headquarters in a different location.

The federal government decided to move the FBI to the suburbs, and in 2014 the GSA selected all three locations as possible sites.

The project continued to move forward until July 2017, President Donald Trump’s first year in office, when the GSA released a statement saying it was cancellation of the project.

The agency cited the funding, but noted that “cancellation of the project does not diminish the need for a new FBI headquarters.”

The action sparked concern and condemnation from Democratsparticularly after reports that Trump did not want a hotel company to buy the current FBI site and compete with his neighboring Trump International Hotel, which has since been sold.

The following February, the GSA submitted a plan that would have built a new FBI headquarters on the existing site while sending personnel to other locations around the country.

Trump administration officials at the GSA claimed it would cost less than building a suburban headquarters, but an inspector general report said that was not the case.

“We found that the GSA had not included all costs in its analysis and that JEH’s demolition and reconstruction plan would actually be more expensive,” he said.

The report said it was unclear how the plan to rebuild downtown Washington, DC, would meet safety goals.

The Inspector General also chastised then-Administrator Emily Murphy for her testimony to Congress that “was incomplete and perhaps left the misleading impression that she had no discussion with officials at the White House in the decision-making process regarding the project”.

The GSA dusted off its search process this spring after Congress added a provision to the government’s annual funding package requiring GSA Administrator Robin Carnahan to make a final decision on a location in a “prompt manner.”

Although the law does not include a specific timeline, a Democratic Senate aide said lawmakers are urging the administration to choose a site by September.

The Biden administration also backs the plan, saying in its fiscal year 2023 budget request that the “J. Edgar Hoover Building can no longer support the FBI’s long-term mission.

The White House instructed the FBI and GSA to use the next year to establish the exact number of employees to work at the suburban headquarters as well as an updated list of requirements for the project.

“In addition, the FBI and GSA will work to identify a federally owned site in the District of Columbia to support a presence of approximately 750 to 1,000 FBI personnel that would support the FBI’s day-to-day engagement with the DOJ headquarters, the White House, and Congress,” the budget reads.

The updated plan should allow the Biden administration to send Congress a formal budget request for the new FBI headquarters project next year.

Prior to that, U.S. House lawmakers are to propose $500 million is going to the new suburban headquarters, which is expected to cost billions.

“This funding will ensure that the Biden administration has the resources it needs once it selects a site to move forward with construction of the new headquarters this fall,” they wrote in a statement.

Fixed deposits: wait a while to lock in long-term FDs